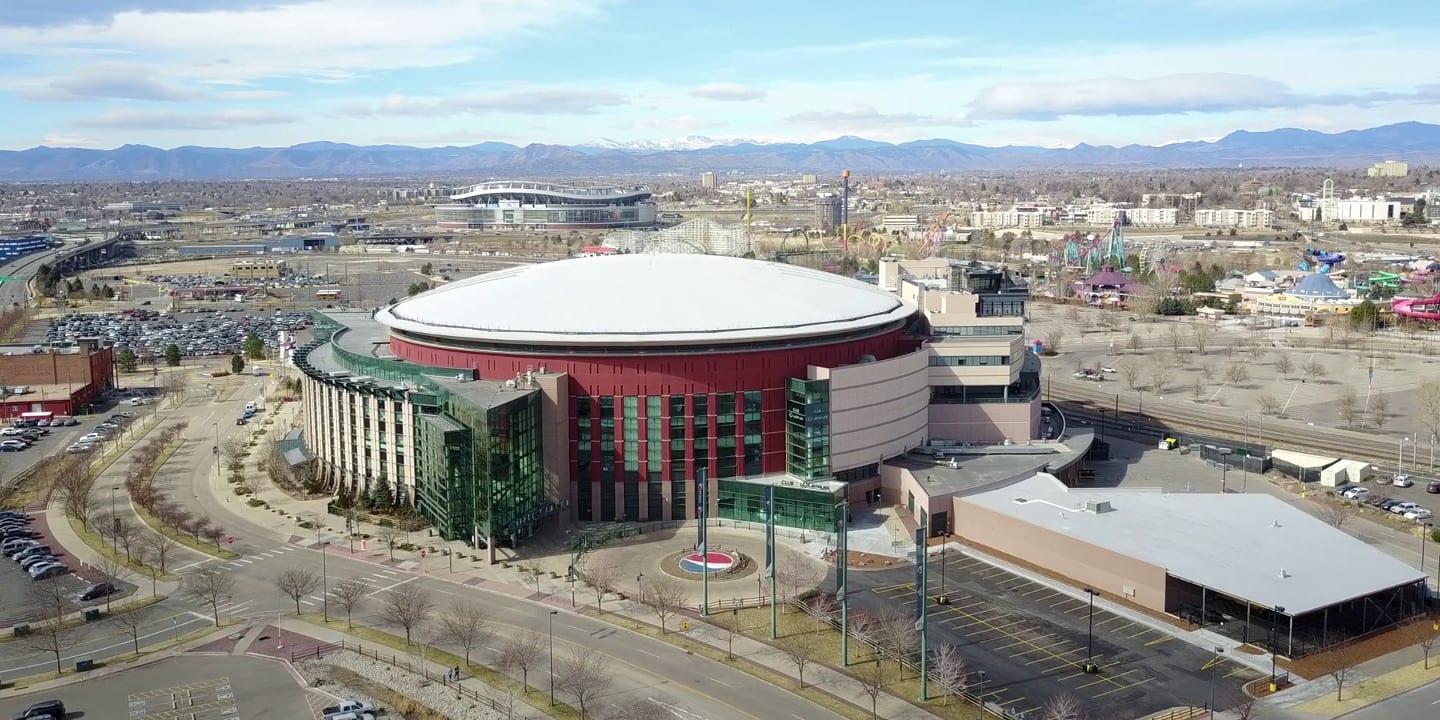 The famous multi-purpose arena is Denver’s most favorite convert venue and home to several of the nation’s sports teams. The 5-level building holds more than 200 events and welcomes millions of avid sports and concert fans each year.

The Pepsi Center in Denver sprawls on 45 acres of land. The construction began in November 1997 which was part of a six-year sporting venue upgrade program that also included the Coors Field (home of the Colorado Rockies) and Sports Authority Field at Mile High (home of the Denver Broncos).

It took approximately 21 months to finish the arena which had an estimated budget of $180 million. It finally opened on October 1, 1999 which was celebrated by a Celine Dion concert. It has a seating capacity of 20,000 for basketball games, concerts, and special events.

The Pepsi Center is the home of NBA’s Denver Nuggets, NHL’s Colorado Avalanche, NLL’s Colorado Mammoth. The complex includes a basketball practice facility for the Denver Nuggets and an atrium that sculptures of sports athletes.

The center has hosted a long list of memorable events that took place throughout the years including: