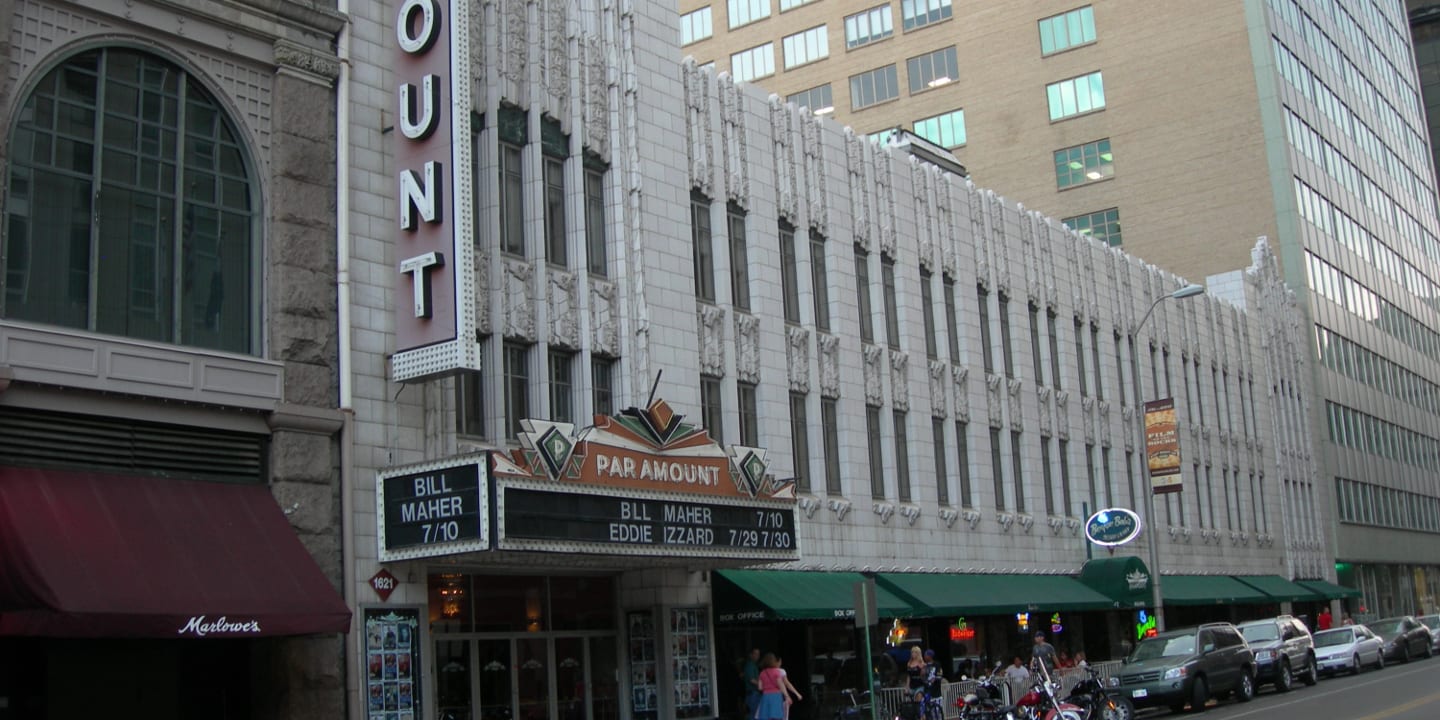 The iconic theater is in every word a perfect representation of Art Deco design. Its opulence and craftsmanship has stood the test of time making it of one Denver’s premier and most historical places.

Built in 1930, this historic, downtown theater hosts over 100 performances a year, including live music, comedy, movies and even MMA fights.

The Paramount originally opened in 1930 serving as a movie theatre. It was part of of The Paramount-Publix. For decades, The Paramount was known as one of the best movie houses in the Rocky Mountain region.

The beautiful theater was designed by Chicago’s architectural firm of Rapp and Rapp. Its elegant decorations were by designer Vincent Mondo and murals by Louis Grell. Upon its restoration, it received a modernized facelift and art deco interpretation by local architect Temple H. Buell.

In 1980, The Paramount was recognized and was listed on the National Register of Historic Places. Eight years later, Denver proclaimed it as a historic landmark.

The theater has a seating capacity of 1,870. It serves as a popular venue concerts looking for a smaller, more intimate venue. It hosts popular comedy acts, musicals, dance parties, concerts, plays, and other live entertainment.