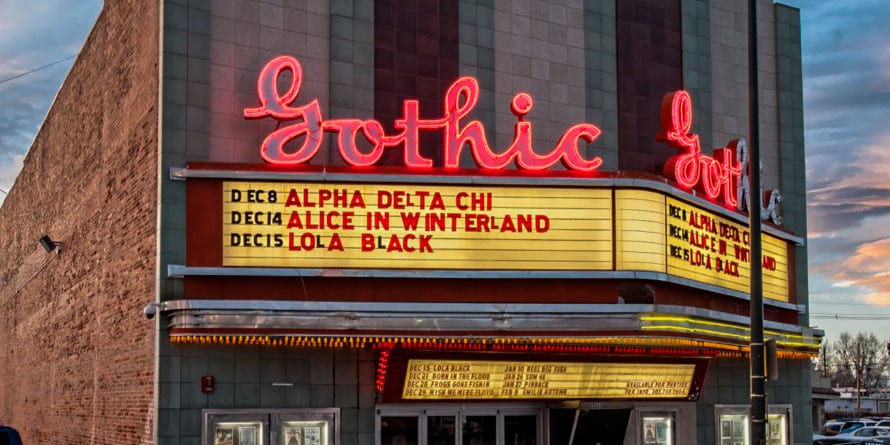 The Gothic Theatre located in Englewood, was built in the 1920’s. It first served as a movie theatre and was then converted to a music venue. It has hosted a lot of different events from film showing, private events, and local concerts.

Events are held year round at the Gothic Theatre.The historic Gothic Theatre attracts musicians from across the country. The intimate theater hosts shows every weekend.

Before it was a concert venue, the Gothic Theatre opened in 1925 to show talkies or what was usually known then as sound films. It became a popular place for entertainment among locals. It went under renovation to keep up with the modern times. When previous owners struggled to make the business successful and eventually, the theater was shut down.

It was restored in 1998 by two friends who saw the potential of the theatre. They hired artists and designers to help transform Gothic Theatre the way they imagined it. After its rehabilitation, the Gothic Theatre soon became popular with local concert goers and in 2013, AEG Live managed the venue.