Cranor Hill Ski Area opened in 1962 and is still operating most seasons in Gunnison. There are four runs and one Poma lift. The season runs from January to March, Saturday and Sunday.

Support this local ski gem if you’ll be passing through Gunnison County, perhaps while on your way to Crested Butte.

Cranor Hill Ski Areas has a vertical drop is 305 feet across its 45 acres. Relying on natural coverage, Cranor is open an average of one in three years. By mid-January, if they do not have enough snow, which is roughly 16 inches, they call it a season. Started by a local businessman in the 1960s, he took a loan to buy a lift and place it on land donated by a rancher.

Unfortunately, due to snow issues, it was unable to open and was offered to the city a few years after purchase. On-site, there is an old-school lodge with concessions and ticket sales. The same poma F 12 single platter pull is still in operation and has a 1972 snowcat to pack the hill.

The ski area operates at an approximately $15,000 loss each season we open. However, their goal is to pay for the employee wages and concession items and the City supplements the loss out of general fund reserves.

Season: December – March | Depending on conditions 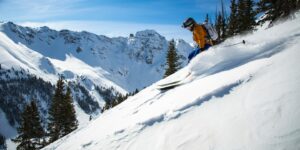 Southern Colorado’s Dozen Secluded Ski Areas – Colorado conjures up images of sky-high mountains and wide-open ski slopes. Sometimes though you see resorts that are, shall we say, packed to the gills with people and lift lines that stretch all the way to your…

Ultimate Guide to the 32 Ski Resorts in Colorado – Colorado is jam-packed full of epic ski resorts in nearly all corners of the Rockies. Depending on how each season kicks off, Colorado can have as many as 32 outdoor ski areas operating at its peak. The Rocky… 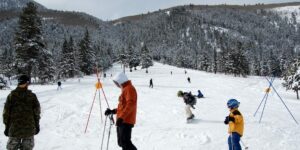 Colorado’s 6 City Run Ski Areas – These smaller Colorado ski areas are seldom spoken of outside their local mountain towns. They’re tiny hills funded by local government, donations, and ticket sales. Their chairlifts are relics, their atmosphere is mellow, and the…