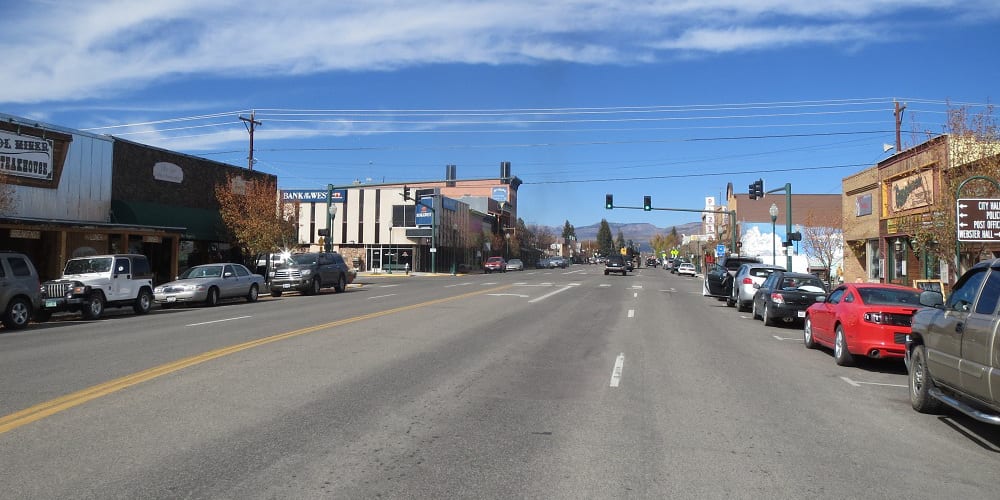 Known locally as “Gunny”, Gunnison, lies thirty minutes south of Crested Butte in the heart of the Rockies. Although remote, it offers plenty of fun things to do.There aren’t many towns around Gunnison, making it an ideal place to get away to. The surrounding area is filled with year round recreation.

The historic downtown is lined with unique shops, nice restaurants and plenty of places to grab a beer, like the Gunnison Brewery, which offers a full menu, custom brews and nightly specials. Lodging is easy to come by, with everything from chain hotels to rustic cabins.

A true frontier city, Gunnison was founded in 1853 during scoping of a railroad route from the Mississippi to the Pacific. By 1880, Gunnison was the biggest city in the area with over 10,000 people. Mines sprouted up in all directions around Gunnison.

Naturally, the town became a shipping and supply center. After the gold and silver dried up, the ranching took over. Shortly after, the fishermen, hunters and sightseers came. Education also plays a big role in revenue for the area with Western State Colorado University.

It was named after John W. Gunnison, the explorer who trailed the transcontinental route of the Rocky Mountains. But, before the land was occupied by the Spanish, the Ute Indians called this home. They were a peaceful tribe who explored Gunnison’s natural ecosystem.

By 1680s, the Spanish have arrived and begun selling the Ute horses and other merchandise. Trade was difficult because of the mountain terrain and the climate. Explorers then populated the area, and by the early 1800s, groups of people migrated in the region to make a living for themselves.

Gold hunt also became a priority during the 1850s and miners rushed to Gunnison to search for the big prize. Over the years, the mining camps at Gunnison reportedly amassed about 13,000 ounces of gold. Because of its fame, Gunnison has been a coveted property in Colorado, with two different companies claiming ownership of the land.

Cattle industry boomed in Gunnison because of the abundant natural greeneries in the area. By 1901, Gunnison has been known for being the first town on Colorado’s western slope to have a college – the Colorado State Normal College. The college was officially signed on the local government’s bill by then Governor James B. Orman. It has expanded its teachings to liberal arts, and its system evolved. The college was later renamed as the Western State Colorado University.

Now, Gunnison thrives because of its local mining, ranching, tourism, and education. 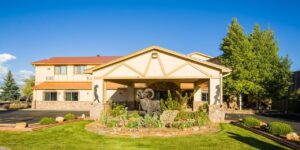 Top 16 Cool Hotels in Gunnison – There seems no town more central in Colorado’s Rockies than Gunnison. It’s remote as they come though, an hour in most directions from the closest notable towns. And with this isolation comes wilderness paradise, and…

Restaurants on the main drag.

"W" on the hill is Western State.

Things To Do near Gunnison, CO