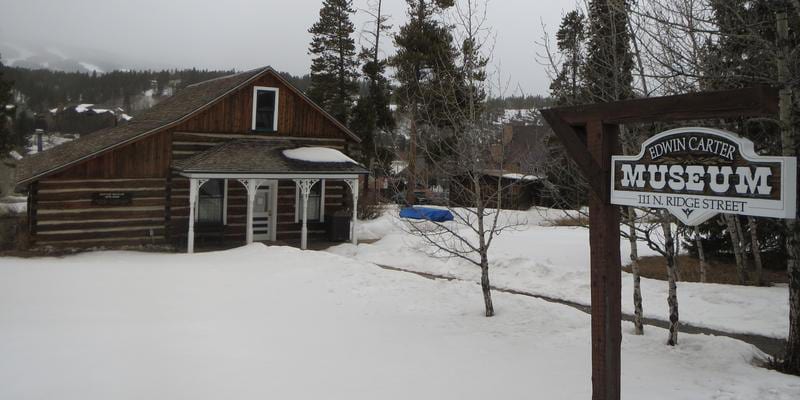 Edwin Carter Discovery Center tells the tales of Edwin Carter who came to Breckenridge in 1868. He originally came looking for gold, but changed his focus to wildlife after seeing the devastation mining had on the land.

Carter acquired almost 3,300 local, wildlife specimens which he housed in his museum/home. After his death, his collection formed the basis of the Denver Museum of Nature & Science.

Back of Carter's home.