For a lot of travelers, the mere mention of spiders is a bit concerning. The whole idea of a creature with two eerie body parts, a cephalothorax, and abdomen,  made up of an exoskeleton and jointed appendages create trepidation.

You might be amazed to learn that the arthropod species make up roughly 85% of known animals in the world! But not all of them are spiders. Spiders are part of the larger phylum Arthropoda, which includes lobsters and crabs.

Benefits and Dangers of Spiders

Spiders are predators that either traps their prey in webs or actively hunt their insect prey. Spiders are very beneficial though, especially when they hunt and entangle other pests. So, if you’re one who becomes horrified at the thought of spiders, let’s see if we can give you a new perspective of how these eight-legged critters help us.

For most, the least desirable way to be introduced to these hunters is to wander through one of their webs. However, spiders are not seeking human contact and would rather avoid it if possible. Encounters with these wildlife creatures in Colorado don’t occur every day and they can definitely be avoided.

If you keep a watchful eye out for their webs and avoid areas where spiders like spinning them, your exploration of this beautiful state can be enjoyed without any unwelcome introductions to the many species of spiders considered native to Colorado. Learning about them should help you feel a little less anxious if you spot one.

The lists below contain some of the spiders found in Colorado, starting with some of the more dangerous ones. It’s worth mentioning that some spiders end up in the area by accident, after climbing into things like suitcases and cars. So, it’s possible but incredibly unlikely, that you could find a completely new spider species along your journeys.

The following spiders can be encountered in Colorado. They may startle you on occasion or deliver a minor bite that requires cleaning, but other than that they are mostly harmless to humans.

*The brown recluse is neither native nor common in Colorado but has been found here. We list it because other species of spiders are often misidentified as brown recluse since they share a similar color and pattering. The brown recluse has a unique violin-shaped marking on its back. Very unique to this spider is that they have three sets of eyes, with one in the front and two on the sides. Most local Colorado spiders have four sets.

Their venom is quite potent, but generally not fatal. If you’re bitten, Dr. Paula E. Cushing, Senior Curator of Invertebrate Zoology, Denver Museum of Nature & Science, past president of American Arachnological Society and International Society of Arachnology, shares this:

The vast majority of bites by recluse spiders are asymptomatic. In some cases of envenomation, a component in the venom (an enzyme) called sphingomyelinase D breaks down the sphingomyelin found in our tissue cell walls. This causes the cells around the bite site to break down. This can cause a nasty open sore that takes a long time to heal right around the bite site. The body sometimes responds with a general feeling of malaise. The sores heal over time but in rare instances, the sore can be deep enough to require skin grafts. And, being an open sore, it can be a site of secondary infection. Bites from recluse spiders are not deadly (that would be very, very, very rare).

The black widow is a very distinctive black spider with a red hourglass shape on its underside. Remarkably, only the females of this species are typically encountered and therefore more prone to biting. Males are much smaller and more active. They aren’t on spider webs and therefore much less likely to bite. Plus, they have smaller fangs that are less likely to be able to penetrate the skin.

Better safe than sorry though as the female’s venom is painful, but despite its deadly name, this spider’s bite is rarely fatal to humans. Dr. Paula E. Cushing shares this:

Untreated bites will typically resolve in 48 hours for healthy adults. But the pain from the bite can be excruciating. The latrodectan in the venom is a neurotoxin for humans and causes pain throughout the body.

The yellow sac spider is a nocturnal creature, preferring to stalk its prey under the cover of darkness. The only web this spider spins is a small sac-like web to sleep in snug as a bug. Not really preferring to hang around humans, this spider will bite if it feels threatened.

The bite can become red, irritated, and painful for a short time (one or two hours). However, it will heal on its own, so keeping the bite clean should suffice.

The tarantula is a large, hairy spider that some people keep as a pet. The bite from these critters can cause some discomfort and the hair-like setae can be irritating if it gets on your skin. These guys are not known to cause any real harm to humans even though they are a bit scary-looking.

The funnel weaver or funnel-web spiders are pretty common in and around the home. These are quite harmless, however, they spin a heavy silk web which could incite a pretty active reaction if you walked into one. These guys are often confused with their lighter brown cousins, the Brown Recluse (mentioned above).

The wolf spider is one that refuses to spin a web, preferring to stalk its prey. It is quite aggressive towards those insects it views as food, however, this guy really doesn’t want to be around you…at all.

This spider can bite and cause some localized numbness, however, the venom does not pose a danger to humans. Keeping the bite area clean to avoid infection should be all you need. Colorado is home to multiple variants of the Wolf Spider, so keep an eye out for them. They’re so big that sometimes they are mistaken for tarantulas.

The banded garden spider is pretty true to its name, preferring to occupy space between plants in garden-style settings. It spins its web low to the ground and in the shape of an orb which makes it fairly unique as well. Another unusual aspect of this little critter is that it keeps its dark underside pointed south, believed to allow it to absorb extra solar energy.

Often, this spider sits with its legs in pairs, making it appear as if it has four thick legs, rather than eight skinny ones. This spider is not dangerous to humans and is a gardener’s favorite as it helps control bugs within garden plants and shrubs.

The apache jumping spider does not await their prey, choosing to pounce on its intended victims. All jumping spiders have noticeably large front eyes, and incredibly good eyesight, and hunt during the day (unlike the majority of spiders, which are nocturnal).

These guys would rather jump away from things as large as a human and are not known to be harmful. They can bite, but their venom is not dangerous to humans.

The woodlouse spider or “roly-poly hunter”, feeds primarily upon woodlice. As the secondary common name implies, this spider can pick up nicknames based upon the things they might be feeding on when they are seen. If you are not actively picking up logs, rocks, and bricks, the likelihood of finding one of these arachnids is pretty remote.

These spiders have fairly large fangs considering their size. If you are bitten, it will likely be painful because of these fangs, but it shouldn’t require more medical attention than keeping the site clean to avoid infection.

The running crab spider prefers to chase its prey down rather than spin a web and wait. So as you can imagine, they are quite fast, easily out-maneuvering your hand should you feel the urge to catch one. A well-camouflaged mottled brown coloring on this critter makes it hard to see, but that’s okay, this species is not harmful to humans.

The striped fishing spider lives around lakes and docks giving it the nickname “dock spider”. This critter skims along with the water’s surface hunting insects, tadpoles, and very small fish.

These spiders will run away when you approach and unless you intentionally grab one or pose a threat to a mother protecting her young, the likelihood of being bitten is slim. Although it is a rather large spider, it is not considered harmful to humans.

The eastern parsons spider is another nocturnal hunter preferring to hide in small cracks or under rocks during the day. It’s generally found in woodpiles and around rocky terrain, though it will be enticed into the home if there are plenty of insects to hunt. This spider’s bite can break the skin but it is no threat to humans.

The bridge orb weaver is a spider that prefers to reside on steel objects. Bridges and other steel structures, particularly near lights, are its most favored locations. Its bite can break the skin, however, the toxicity of its venom won’t cause any damage to humans.

The cellar spider, more often called daddy-long-legs spider, is really common. Preferring to eat ants, these creatures will also hunt other insects including other spiders. These house-dwellers appreciate a warm and “inviting” home that protects them from the weather. They can be found most anywhere though, such as rock piles and loose mounds of leaves. One big misconception is these guys are harmful to humans. They do have venom, though it is not considered harmful to humans.

Spiders Do Much More Good Than Harm

Most are actually out there doing a lot of good work at keeping pest insects under control, as do many of Colorado’s native birds. In most cases, the bites are of little consequence to people. Spiders can be scary to some folks but rest assured, as Dr. Paula E. Cushing points out,

As with anything involving the injection of venom, whether it is considered harmful to humans or not, there are inherent concerns. Some people may have allergies to the venom while other people’s immune systems are less tolerant. It’s important to note that smaller children are more susceptible to the effects of some of these venoms.

As you explore the great outdoors of Colorado or settle into a new home, be confident that most spiders you might see are fairly friendly “guests” to have around, just like most snakes are harmless. They don’t want to bother you any more than they want to be bothered, so if you can handle their presence, it might be worthwhile letting them go about their business. 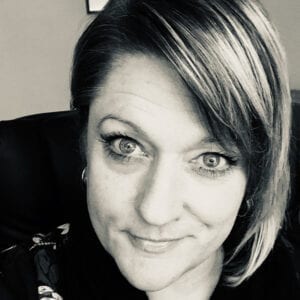 Nicole grew up in the Midwest plains and enjoyed multiple trips to Colorado before traveling further afar. She’s spent winter vacations at her extended family’s cabin amid the ski fields of Cuchara and had the pleasure of working in Longmont at different times in her career. She now works as a writer and marketing consultant with a passion for photography and nature in general. You can follow her on LinkedIn for more #NixedUp adventures.

7 Best Breweries in Colorado Springs
Next Post: Top things to do in Fruita, Colorado