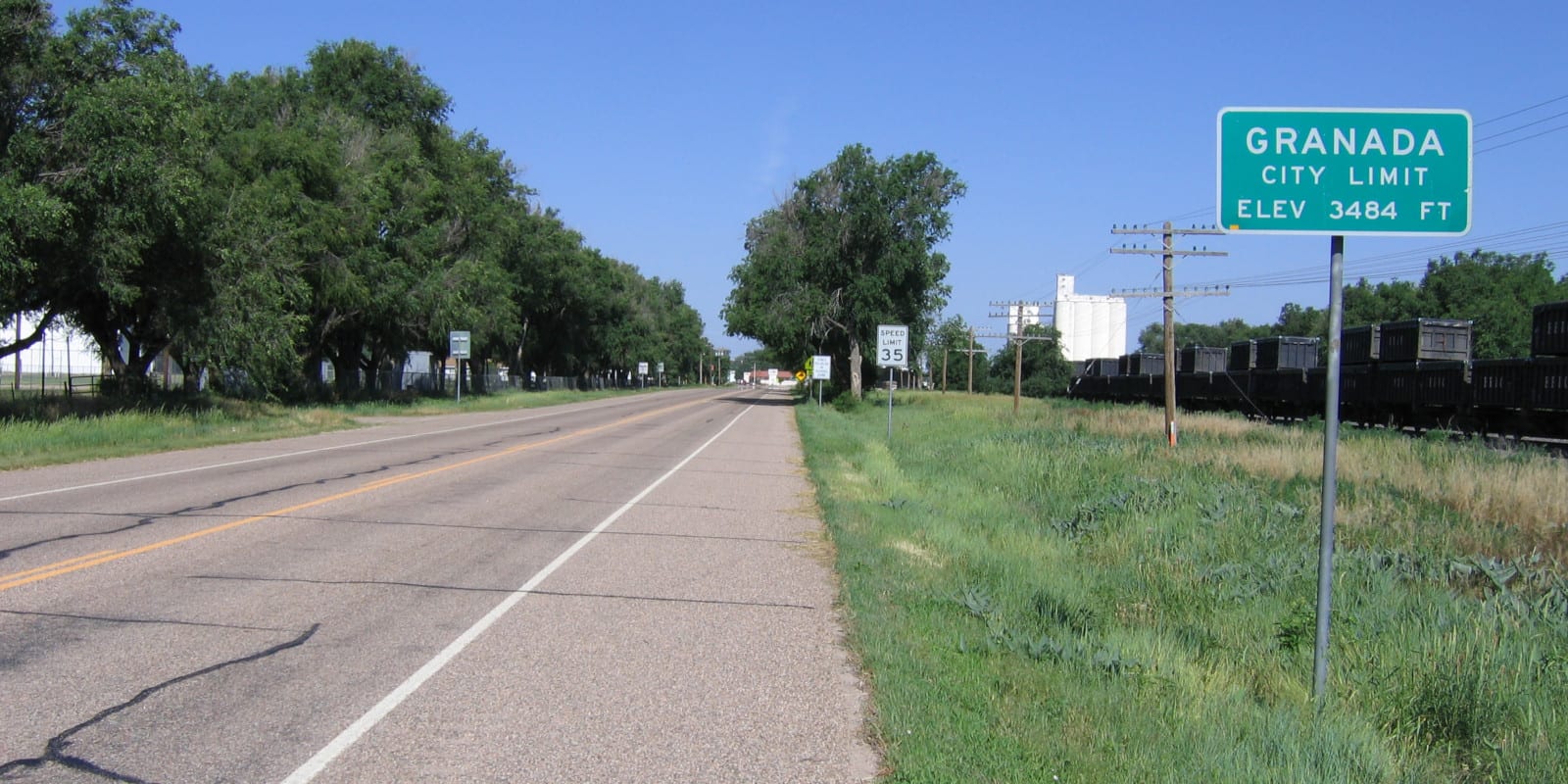 [Granada City Limits. Photo: Pmsyyz] Granada is a small town in southeastern Colorado, roughly 12 miles west of the Colorado – Kansas border. Originally, Granada was two separate towns along the old Santa Fe Trail, offering with it a deep and rich history dating back to the late 1700s.

Camp Amache Historic Landmark – This site once served as one of ten Japanese-American incarceration sites during WWII. Today the original site that imprisoned over 10,000 people is now a registered historic landmark. Visitors can take a self-guided tour by downloading a driving map and audio tour or schedule a ride with a member of the staff. On-site visitors can learn about what life was like at the camp and see original landmarks still standing.

Amache Museum – Located in downtown Granada, the Amache Museum houses many different objects recovered from the Camp Amache site or donated by survivors and survivors’ families of the camp.

There’s really no recreational opportunities, aside from hiking around the above attractions, or bycycling in the plains countryside.

Things to do near Granada