Territory of Colorado in 1861.
FacebookTwitter

Colorado isn’t a place most people would associate with the Civil War, but that doesn’t mean the newly founded American territory and future state didn’t play a role in the conflict. Learning about Colorado’s impact and significance during America’s bloodiest war helps present it in a broader context.

Colorado earned its official territory designation less than two months before the nation broke out in the war in mid-April of 1861. The impending Civil War served as a tumultuous backdrop to America’s decision to segment land from existing territories to create the state. 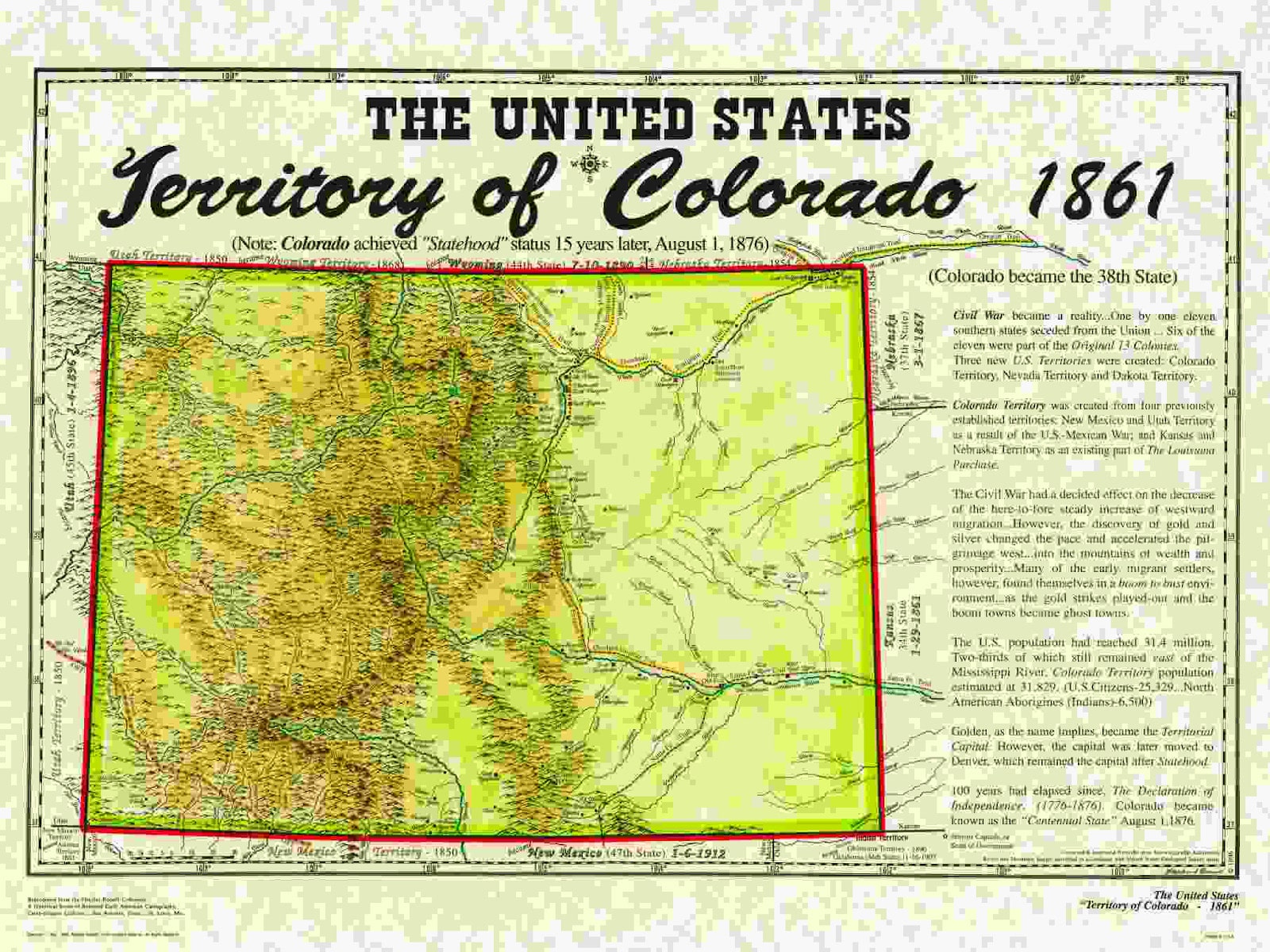 Congressional Republicans, who were sympathetic to the north’s anti-slavery stance, were at odds with Congressional Democrats, who were pro-slavery. Congressional leaders had major disagreements when western territories attempted to expand slavery within their borders.

11 southern states seceded from the United States in 1860 following the election of President Abraham Lincoln because of his anti-slavery stance.

Republicans wanted to outlaw slavery in the Colorado Territory but eliminated any mention of it in legal provisions to not exacerbate the secession crisis.

The legacy of CO’s Union soldiers is tragic + complex

Colorado’s settlers came from both the northern and southern states, so there was support for both sides within the state. It was only pro-union by a small margin. And both the North and the South during the war wanted Colorado on its side due to its immense mining operations.

At the beginning of the Civil War, Colorado’s Union soldiers guarded the territory’s crucial gold mining operations and fought in conflicts against Confederates in New Mexico, rebel combatants across multiple territories, and Plains Indians.

When Confederate soldiers attempted to enter the territory and plunder its gold mines, the 1st Colorado Infantry Volunteers (U.S. Army) deftly beat them back at the Battle of Glorieta Pass in New Mexico in 1862.

In a conflict that’s sometimes called “Gettysburg of the West,” the Confederates initially drove Union soldiers back through the pass but were quickly forced to retreat when their supply train was destroyed. The loss proved devastating for the Confederacy, and soldiers eventually were forced to withdraw to Texas and Arizona.

After the seminal battle, Union generals wanted the 1st Colorado Infantry to travel east to assist with war operations there, but Territorial Governor John Evans and commanding officer Colonel John Chivington were determined to keep the fighting force in Colorado. They wanted to protect the territory against what they deemed as a growing threat from the Plains Indians.

Massacre of Sand Creek in Colorado

In 1864, Colorado soldiers attacked peaceful Cheyenne and Arapaho Indigenous Peoples at the Sand Creek village. Over 230 Indians died in the massacre, with the majority of the victims being women and children.

While America acknowledges the crucial role Colorado’s Union soldiers played at the Battle of Glorieta Pass, their horrific actions at Sand Creek had a detrimental impact on US-Indian relations with negative repercussions that are still felt across America today. The horrific Union Colonel John Chivington led the Colorado Calvary at the massacre.

During the Civil War, Colorado became a markedly different place with the winding down of the Pikes Peak Gold Rush and the territory’s expanding influence as it raced towards statehood. While no Civil War battles took place in the Colorado Territory, 1st Colorado Infantry Volunteers are remembered for their bravery at Glorieta Pass and their brutality at Sand Creek.

Patrick McGuire is a freelance writer and musician living in the mountain west.

9 Songs That’ll Get You Rocky Mountain High on Colorado
Next Post: 12 Incredible Colorado Hot Springs Where You Can Camp