It’s time for the annual Chinese New Year Celebration in Colorado Springs, with a film twist. This year’s celebration of Chinese and American-Chinese culture is an online film fest for 3 days and a finale in-theater screening of an award-winning movie. 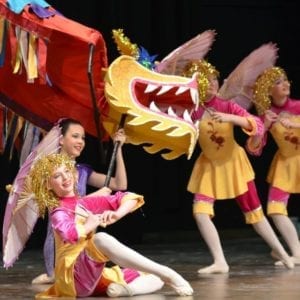 The Chinese New Year celebration originates from a lunar calendar that begins with the new moon. This year’s event is a film festival (3 days online and 1 day on-site movie screening) taking place from Friday to Monday, January 28th – 31st, 2022.

While the Chinese use the Gregorian calendar where it’s 2022, they also follow the Huangdi (Yellow Emperor) year of 4720. According to the traditional Chinese Lunar Calendar it’s the time since the Chinese Nation was said to be created; and it’s time to celebrate!

China is not alone in having fun and honoring this holiday, additional countries such as Thailand, Malaysia, South Korea, and Vietnam, among others, also follow this new year.

6 films will be showcased on the internet, available anytime between January 28 and 31. On the final day an in-person showing will highlight the legendary documentary “Beethoven in Beijing”.

This ancient celebration has been going on for longer than there has been written language and is shrouded in myth, legend, and tradition. 2022’s event will be a film festival, in collaboration between the Colorado Springs Chinese Cultural Institute and Rocky Mountain Women’s Film.

Held by the CS Chinese Cultural Institute, the Chinese New Year Festival has become a popular cultural event in Colorado Springs and introduces celebrators to the fascinating history and heritage of Chinese culture. The Chinatown exhibit features merchants and artisans offering traditional Chinese and Asian-themed items and the “Taste of China” exhibit provides a variety of Chinese-inspired food and drink

In prior years there were performances including traditional Chinese dancing, some pretty amazing yo-yo demonstrations, Kung-Fu exhibitions, and an array of Chinese musical performances, all on the Main Stage. The “Teahouse” provided visitors a chance to chill out and relax while learning the beautiful art of calligraphy, playing mahjong, and experiencing “Go”, the traditional Chinese version of checkers.

So get ready to celebrate and get an insider’s look at some fascinating Chinese culture, chow down on some authentic Chinese cuisine (at home), or just sit back and enjoy all the performances on film.