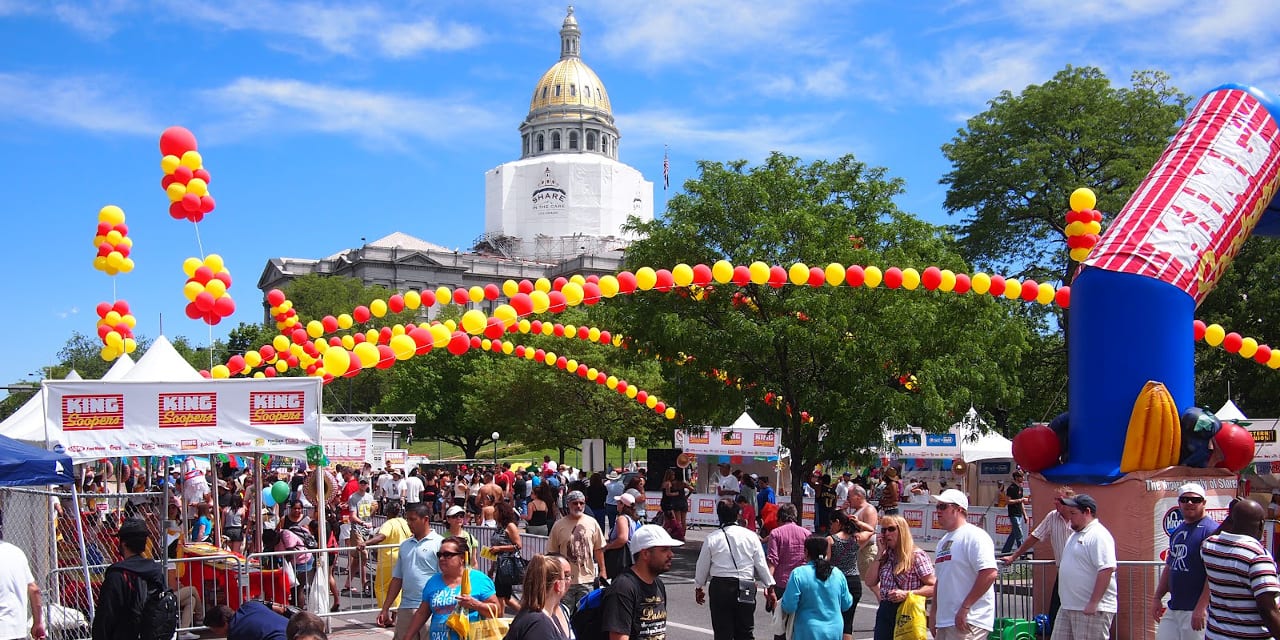 Spring in Colorado is a dazzling time of year. As the snow starts to melt and the temperature turns up, festivals start popping up all around the state, and there’s an event for everyone, from food and wine parties, to film fests to music and arts extravaganzas.

Put another way, there are tons of fun, interesting and entertaining events that will help you come out of hibernation and celebrate spring in Colorado. Here are eight festivals you won’t want to miss this spring:

One of the premier spring food festivals in the country, Taste of Vail is a foodie’s dream come true. The festival brings together the best of the best in wine and food, from around Colorado and beyond, to Vail Village.

Plus, during the weekend, you can attend food- and wine-themed seminars, like this year’s Understanding Tea. Tickets start at $55 for single seminars; ticket packages are also available. April 3-6, 2019

Nearly a decade old, the 5Point Film Festival isn’t your average film festival. Featuring films that “inspire adventure of all kinds” the festival attracts adventure seekers, travel filmmakers, and extreme sports pros from around the world.

Each year, organizers display more than 50 films and host events with big-name, adventure sports guests. Simply put, it’s a fun-filled festival that features a unique line-up of interesting films. Plus, Carbondale is always worth a trip. Festival passes start at $130; individual tickets from $25. April 25-28, 2019

For more than two decades, the Durango Bluegrass Meltdown has been the perfect event for music fans in the southwest to celebrate spring. Each year, the festival continues to grow slowly but surely, but it still remains a quaint, everybody-is-your-friend bluegrass party.

Not to mention, the festival is all about the pickin’ – fans are encouraged to bring their instruments for breakout, nightly jam sessions around Durango. This year, bluegrass royalty Balsam Range will headline, along with Shawn Camp, a Grammy Award winner. Single day tickets $50-$70; weekend passes $100-110. April 12-14, 2019

Each year, the mighty Fruita Fat Tire Festival draws the most dedicated mountain biking aficionados to this tiny town in Western Colorado. Why? First, the festival is a weekend-long celebration of mountain biking. Not to mention, Fruita is one of the best mountain biking locales in the country.

The festival features seminars, nightly events sponsored by New Belgium Brewing, and one of the state’s best cycling expos. If you’ve never been to the Western Slope, and you’re a fan of mountain biking, don’t miss this year – the festival’s 24th anniversary. May 3-5, 2019

One of the largest Cinco De Mayo festivals in the state, Denver’s annual fest is a “celebration of culture.” Featuring traditional Mexican music, dancing, art, food and more, there isn’t a better place to celebrate Cinco De Mayo in Colorado.

The best part – this festival is free. So if you’re around and want to catch a Chihuahua race or a taste the best green chili around, stop at Civic Center Park. The festival is free and open to the public. May 4-5, 2019

Telluride’s Mountain Film Festival is one of the longest-running film fests in the country. Founded in 1979, the festival has grown into a premier platform for films that explore adventure, culture and the environment.

Throughout the weekend, some of the best independent documentary films from filmmakers around the world are displayed in downtown Telluride. In other words, the festival is bound to inspire. May 24-27, 2019

The Denver Arts Festival is one of the largest arts events in the city. In the previous few years, the Memorial Weekend fest has attracted nearly 140,000 people. Here’s why it’s so popular: The festival features artwork from more than 140 Colorado-based artists, as well as a smaller group of crafts-makers from around the world.

There is an eclectic blend of mediums, and you can get a steal on hand-crafted goods. Plus, there is food, drinks and other entertainment. And its now held at Stapleton’s Conservatory Green Plaza in Northfield. The festival is free and open to the public. May 25-26, 2019

There’s no better way to say goodbye to spring, than celebrating the Summer Solstice at the Sonic Bloom Festival in Pueblo. Over the last decade, Sonic Bloom has grown swiftly, and now the festival is considered one of the biggest electronic festivals in the state.

This year, big name acts like Tipper and Bonobo are set to headline, and the festival has found a new home in Rye, CO, near Pueblo. It’s bound to be a big year at Sonic Bloom. Four-day ticket packages from $144 for super early bloomer, and goes up dramatically with time; camping passes from $99. June 20-23, 2019

Browse upcoming spring festivals in Colorado for a more comprehensive listing of events.

Upcoming Spring Festivals in Colorado
Next Post: What It’s Like Retrofitting a Vehicle While Living Mobile in Colorado