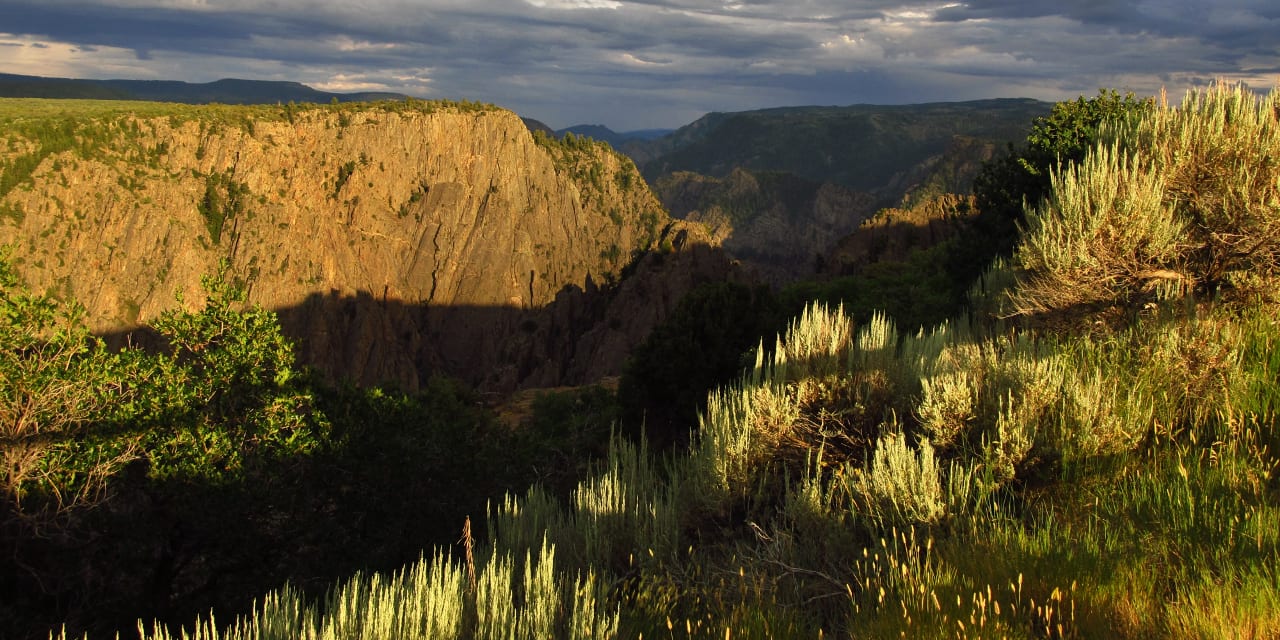 There are hikers, mountain bikers, climbers and other field fans of all sorts. Breathtaking drives via the parks and near the state highway are among the ideal ways of seeing all the wonderful sites that this state has. The remains of cultures that lived here and the dinosaurs that used to roam are visible and can be acknowledged by visiting monuments or national parks.

Most Popular Places to Visit in Colorado

Colorado has preserved many unique natural formations, many of which remain virtually unknown to a large part of first-time visitors. Below are the top must-see attractions in the Centennial State.

This national park is situated a few miles from charming Estes Park. There are rising peaks, forests, alpine lakes, pasturelands and a ton of of wildlife, which display nature at its best. The has more than one hundred peaks that are over ten thousand feet. They include Longs Peak, the highest one at 14,259 feet.

This story does not end there. Rocky Mountain National Park is is busy year round. The most popular summer activities include camping, bouldering, climbing, hiking, fishing, horseback riding and wildlife viewing. Winter season also has its fascinations, including snowshoeing and cross country skiing. Most roads are open throughout the year, however some may be closed due to the weather condition.

Mesa Verde National Park is very fascinating. Cliff Palace, which is the park’s centerpiece, is among the most iconic places in the whole of Southwest. Ranger-led tours are often run during the high season of summer and they allow visitors to climb ladders right into the center of the dwelling. Those who are not up for this activity can view the site from a neighboring overlook.

There are many archeological sites of the Ancient Puebloan people within Mesa Verde, situated by Cortez. A beautiful year round road gives access to the various sites, most of which are on the mesa top. Several hiking trails do not need a ranger tour and lead to wonderful ruins including petroglyphs.

3. Garden of the Gods Park

Based in Colorado Springs, this is a remarkable landscape with jagged stone towers and fins, which jut up to three hundred feet from the ground. There are also huge boulders and rock piles dotting the landscape and distant mountains that complete the scene. Fifteen miles of trails, many of which are short and easy, let you get close to vigorous rock formations and move through the surreal scenery.

Garden of the Gods is popular for rock climbing and many other activities such as mountain biking. A museum resides in the park, which showcases a twenty minute video on the park geology. Visitor center views are awesome and an onsite café that has big windows is a wonderful venue for enjoying a meal.

4. The Black Canyon Of The Gunnison Park

Each first-time visiter to this land of wonder should not exclude a trip to the Black Canyon of the Gunnison. With a depth of around 2,000 feet, the canyon has always been one of the most remarkable sightseeing attractions of the state, giving viewers a real insight into the immensity of nature.

Tourists can easily locate it just 75 miles away from the Grand Junction near Montrose. The conditions are rather difficult, yet newcomers that are more adventurous will be able to locate campgrounds to set up tents in both the Eastern and Southern sides, deep within the canyon.

5. The Fabulous National Monument Of Colorado

One of the most underrated elements in the state, yet nonetheless one of the largest and most impressive natural mountain sceneries in the world has to be the Colorado National Monument. Spread throughout a total area of 23,000 acres, the monument is anything but the average mountain landscape visitors are used to.

Plateaus, canyons and massive structures of weather–shaped rocks start right outside the cities of Grand Junction and Fruita, and follow the Rim Rock Drive road from both sides, throughout the entire distance. The road in itself is both a renowned desert biking track, and a classic standoff spot in most of the classic Western flicks, yet the premiere peak of this unusual and amazing park stands in the form of massive boulder at the top of a rock column, right in the middle of the entire landscape. This almost out-of-this-world natural landmark is called Balance Rock and weights over 600 tons.

6. The Great Sand Dunes National Park Along To The Preserve

Apart from all the other mountain-based wonders of Colorado, arguably the most impressive sight and presence in the state is actually represented by the tallest dunes of sand in the entire North America, located right outside the community of Mosca, in the south. The highest dune is called Star Dune and goes over 750 feet.

Surrounded by the Sangre de Cristo Mountains, this spectacular extended desert scenery is simply breathtaking through its magnitude and a mecca symbol for the entire state. It’s a tremendous place to visit any time of year, and located in the one of the top star gazing locations around, the San Luis Valley.

There are many more parts and rock structures in Colorado unique and each of them, constitutes a landmark for these unusual grounds and a must-see to all newcomers. With so much to explore in Colorado throughout the year, no matter what type of traveler you are, you’ll have a memorable adventure.

Kaya is a sales accountant from Yorkshire. Though she's not a professional writer, it's her hobby to put together articles from time to time. If you're interested in her write-ups please visit her sports website at oddsdigger.com.