The succession of gold rushes in North America was probably the start of the American dream. What was once an elusive reality of unparalleled riches suddenly became a promise waiting to be fulfilled for anyone brave enough to head out West. It’s not unheard of to hear stories about people who struck gold.

Whether the stories were true or not, the gold rush was undeniably an important part of American history. For the dreamers, it gave them the courage to uproot their lives in the East. While not all gold prospectors and mine owners were as prosperous, the gold rush brought the advent of better transportation services and facilities. Railroads and simple machines were invented and developed to hasten the process of getting valuable gold into the market.

History of Gold Mining in Colorado

With gold being mined, wealth was distributed among a wider population, and it stimulated the global economy based on this precious metal. The interest in gold spread worldwide, even as far as Africa, Australia, and New Zealand. By the mid-1800s, California, Colorado, Georgia, North Carolina, and Nevada were the places to be. When the territories were expanded to include Alaska, some have even migrated to its colder towns in hopes of finding ores.

Later known as the Colorado Gold Rush, the Pike’s Peak Gold Rush drew its name because of the mountain’s popularity. The miners who went out to Colorado in search of gold were affectionately known as the “Fifty-Niners,” and they numbered over 100,000 strong. For the miners, it’s said they had one popular rallying cry: “Pike’s Peak or Bust!”

Though the mining boom took place 85 north of Pike’s Peak. Placer gold had been found in the South Platte and tributaries around the modern day Denver metro area in the early 1850s. Word spread and other gold strikes occurred in the region in the mid 1850s. After reports of Denver’s placer gold spread the source was traced west of Denver to around Idaho Springs. By 1859 everyone was coming. The first lode vein was struck in Central City in 1859. Idaho Springs and Black Hawk had several gold strikes too.

Gold mining then followed the Colorado Mineral Bel southwest to its finish in the San Juan Mountains. Cripple Creek Mining District came later after an 1890 discovery of gold there.

Many of the Fifty-Niners stayed and settled down in the Colorado areas where they struck gold. Denver and Boulder were two of the towns that popped up as a result, encouraging a rush of population. Settlers enjoyed proximity to the mountains and Colorado’s natural beauty. Towns popped up wherever a river of gold was streaming, but indigenous populations were regularly pushed out of their own lands.

Formation of Colorado Territory and State

In 1861, the Colorado Territory was established, and by 1876, the state of Colorado as we know it came to be. Of course, by that point, much of the area’s gold had been effectively depleted. When it seemed that gold mines were exhausted, previously bustling towns were suddenly left by its residents.

There was other rocking mining done throughout the late 1800s and turn of the century. In the late 1800s, railroads passing through Colorado were beginning to be built, and there was even a silver mining boom as well.

Today, one can still find the remnants of the gold mines and towns that still call to the era of the Great American gold rush. Curious travelers, American history buffs, and metal enthusiasts wishing to catch the gold rush fever even go as far as an an Alaskan cruise starting in Seattle to visit historical sites in the Pacific Northwest.

Your next visit to Colorado might include taking in the majestic view of the Rocky Mountains, attending craft beer and food festivals, or basking in the warm summer sun during outdoor activities. Do not forget to visit some great Colorado mines and gold rush ghost towns during your trip.

If you want the full experience of panning and chipping for gold, head over to the Hidee Gold Mine at Central City. This gold tour is best enjoyed with friends, family, and children. The tour encourages visitors to try their hand at mining pieces of gold and lets them keep what they can find. The tour ends with visitors gaining a newfound respect for the gold miners and the hard work it requires to work in the underground mines.

The Cripple Creek Mining District began to form in the 1890s after gold was first discovered in 1890. The Mollie Kathleen Gold Mine Tour is an exciting tour for adventurous tourists, where you’ll descend 100 stories, about 1,000 feet, into the vertical mine shaft in Cripple Creek. The gold mine is named after the first woman who struck gold in Colorado.

In this immersive tour, visitors can learn about the evolution of underground gold mining in Colorado, see glittering gold veins and gold in its natural state, and also take home a nugget of gold as a souvenir.

Another tour within Cripple Creek takes participants in a scenic tour of the gold rush town followed by a tour to a fully-operational gold mine. This tour is different from the Mollie Kathleen Gold Mine, which takes place underground. The tour starts at the Victor Lowell Thomas Museum with an educational but not overly technical explanation of the history of the gold rush. Visitors can witness an actual gold extraction process and then end the day at the Victor Gold Mine. Proceeds from this tour goes to the preservation of the Victor Lowell Thomas Museum.

If you’re headed to Denver, whether as a solo traveler or with a group, do not miss this museum. Each floor of the Denver Museum of Nature & Science has something exciting and interactive to offer. The first floor itself is transformed into a life-sized diorama of a mine shaft. It features engaging talks about gems, mining, and a day in the life of miners told by the guides. The tour is as immersive as it can get. You may find it hard to take your eyes away from the glittering cave walls and massive stalactites. 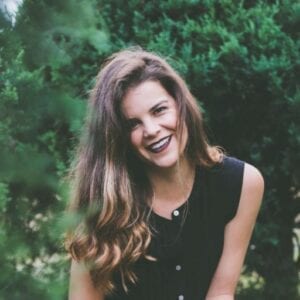 Andrea Barnhill is the Founder and Editor of Weekend Wander Club, a travel blog for young professionals. She loves sharing her tips on how to make the most out of only a few days out of office to explore the world.