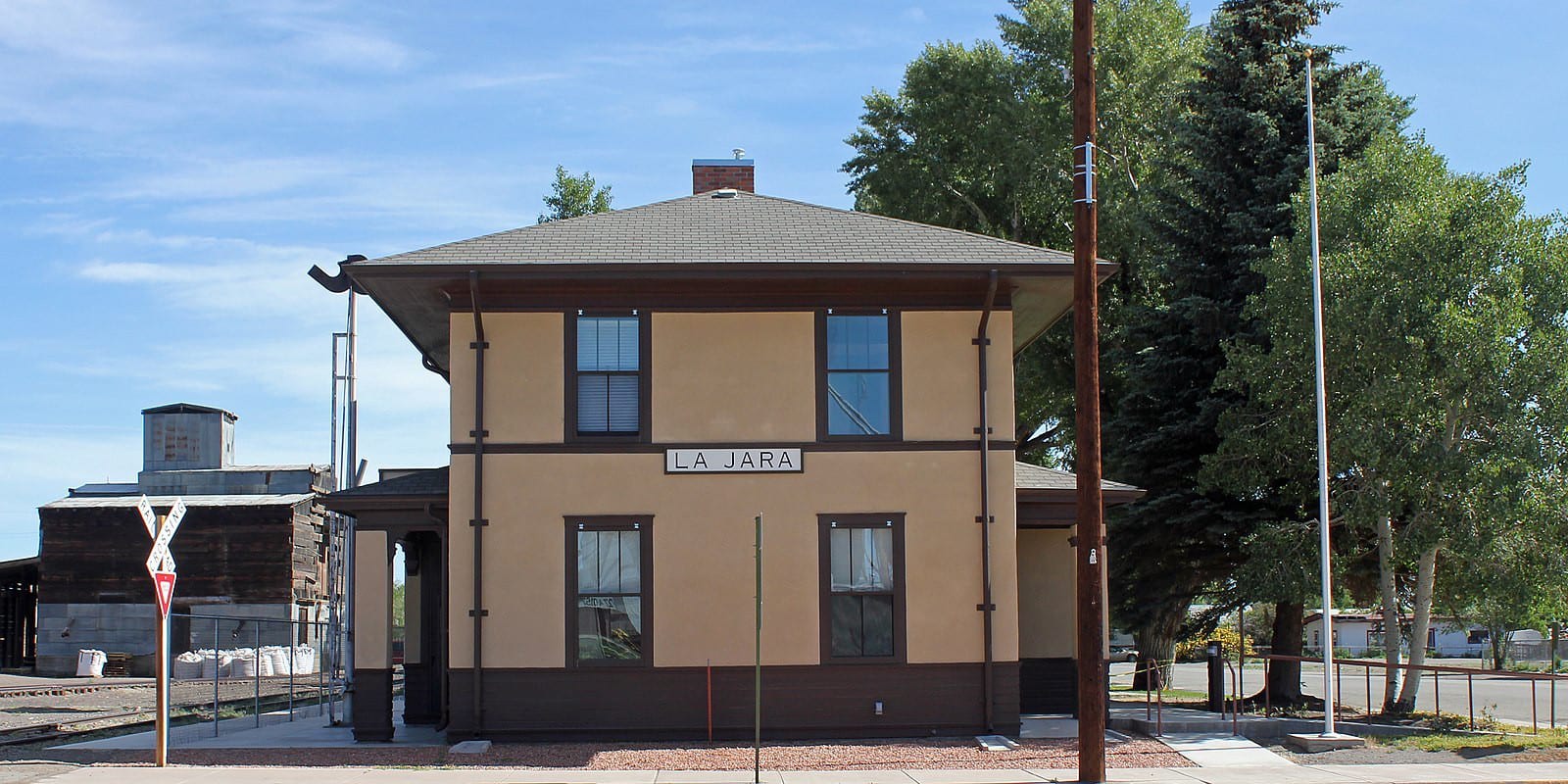 [The La Jara Depot, located at Broadway and Main streets, now the Town Hall. Photo: Jeffrey Beall] La Jara is a tiny South Central Colorado town tucked between Alamosa and Antonito on Highway 285 near the New Mexican border. There are are a few shops and restaurants in town, as well as historic downtown district.

Situated in Conejos County, La Jara was incorporated in 1902. It’s a Statutory Town residing at an elevation of 7,605 feet. The population was recorded at 818 residents in 2010.


Things To Do near La Jara, CO