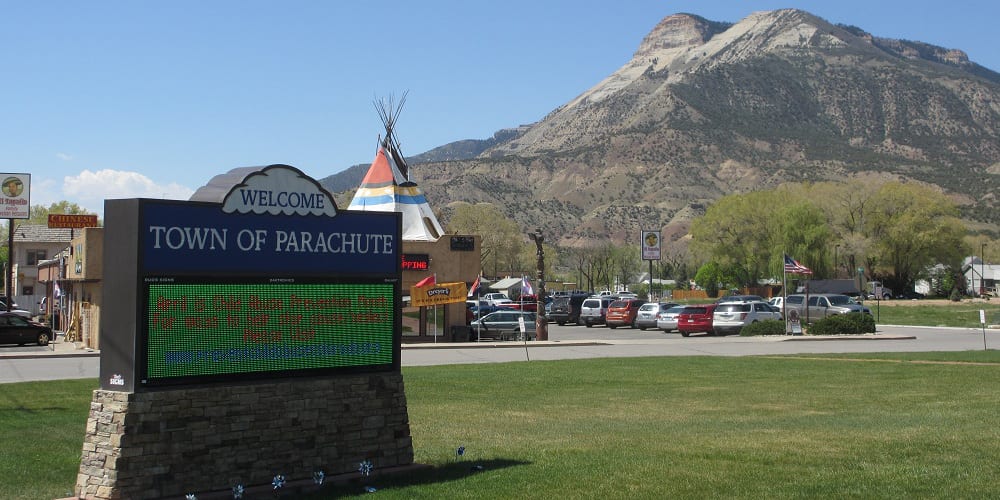 Parachute is a Western Slope town of about a thousand people on the Colorado River. It’s located between Rifle (to the east) and Palisade (to the west) on I-70.

There are several commercial businesses in town and a park or two to stretch your feet.

This story of the name was published in the Grand Valley Newspaper, June 30, 1910. The town was changed to Grand Valley in 1908 to lure tourists in, but was renamed back to Parachute in the 1980s.

Mesa in the distance.

"GV" on the mountain is for Grand Valley.

Things To Do near Parachute, CO