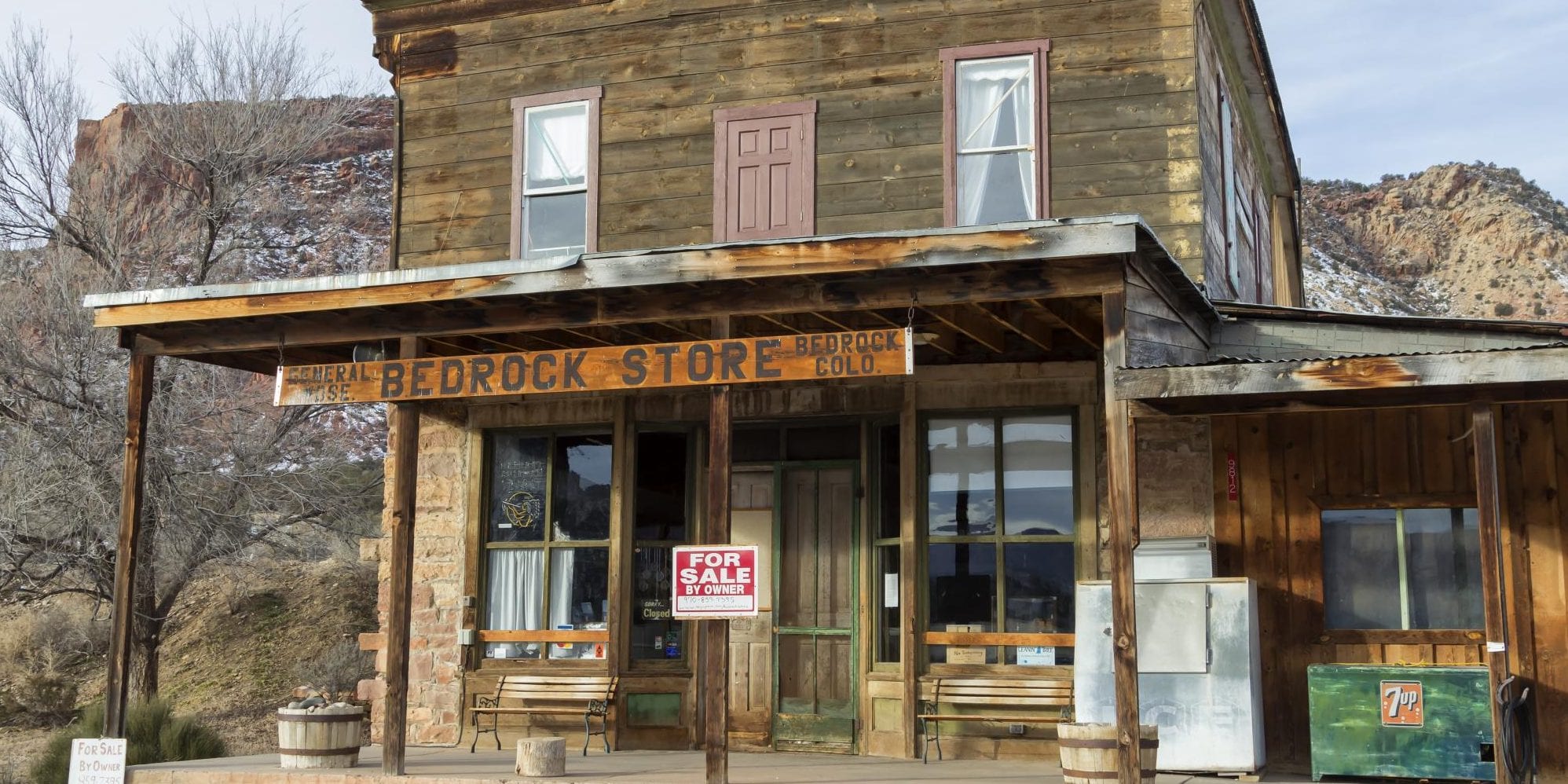 [General Store in Bedrock, CO. Photo: Kool Cats Photography] Bedrock is a sleepy historic ghost town located along Colorado’s western slope. The town is said to have gotten its name from the solid rock foundation, from which the local post office (built in 1883) and general store were built upon.

Back in its hay-day, the town had a population of 500 people, a couple of saloons, and two hotels.

Whitewater Rafting: One such activity is whitewater rafting. The Dolores offers Class II to V rapids that flow through high sandstone cliffs and deep canyons.

Fly Fishing: Pristine fishing at its finest. Cast in a line along the rushing banks of the Dolores River and catch a trophy.

No special annual events are held.

Things To Do near Bedrock, CO