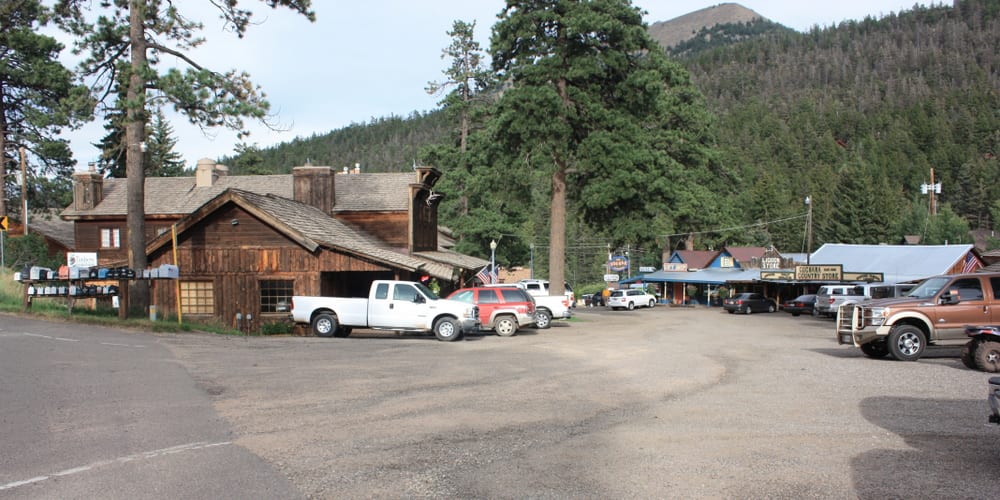 Cuchara is a charming, mountain village tucked away on the scenic Highway of Legends. There’s a quaint downtown area, consisting of several colorful shops, lodges and restaurants.

The town is surrounded by the San Isabel National Forest and the Cucharas River flows through town. It’s elevation is 8,468 feet.

There was a former ski resort close to town called the Cuchara Valley Ski Area, which last operated in 2000. It was first opened in 1981 as Panadera Ski Area. You can see the abandoned ski resort and its buildings in town still. In 2017 nonprofit Cuchara Foundation purchased the abandoned ski area and donated in to the county.

Cuchara Mountain Park – The former ski area was purchased by Huerfano County in 2017 to preserve it as a public park. The old guest lodge is once again acting as a day lodge. Backcountry skiers may use of the former ski slopes. There is one cross country ski train too, and hopes of one day bring in a concession-operated chairlift.

Spanish Peaks – Two prominent peaks that the Utes named Huajatolla, meaning “breasts of the world”. There are a lot of opportunities for hiking and sightseeing around these mountains.