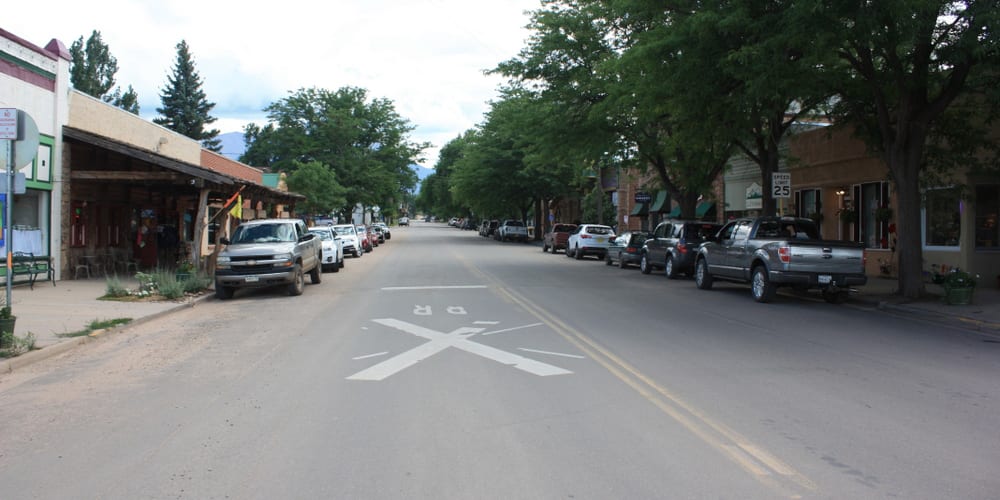 La Veta is a picturesque, railroad time nestled in the foothills of Southern Colorado. The historic district is lined with cozy shops and restaurants.

Incorporated in 1886, La Veta translates to “the vein” in Spanish. It began as a supply town, offering products from nearby farms and ranches.

Old La Veta Pass – Uptop Ghost Town was created on Old La Veta Pass from old buildings, which include the Chapel, Tavern, Dance Hall, School House, Patriarch’s Homestead, Barn and out buildings. The pass summits at 9,382 feet. This was the main pass until Highway 160 was pushed north in 1964, creating North la Veta Pass.

Depot doubles as a town hall.

This deer wanted to back me and my dog down.

LV on the hill.

Things To Do near La Veta, CO