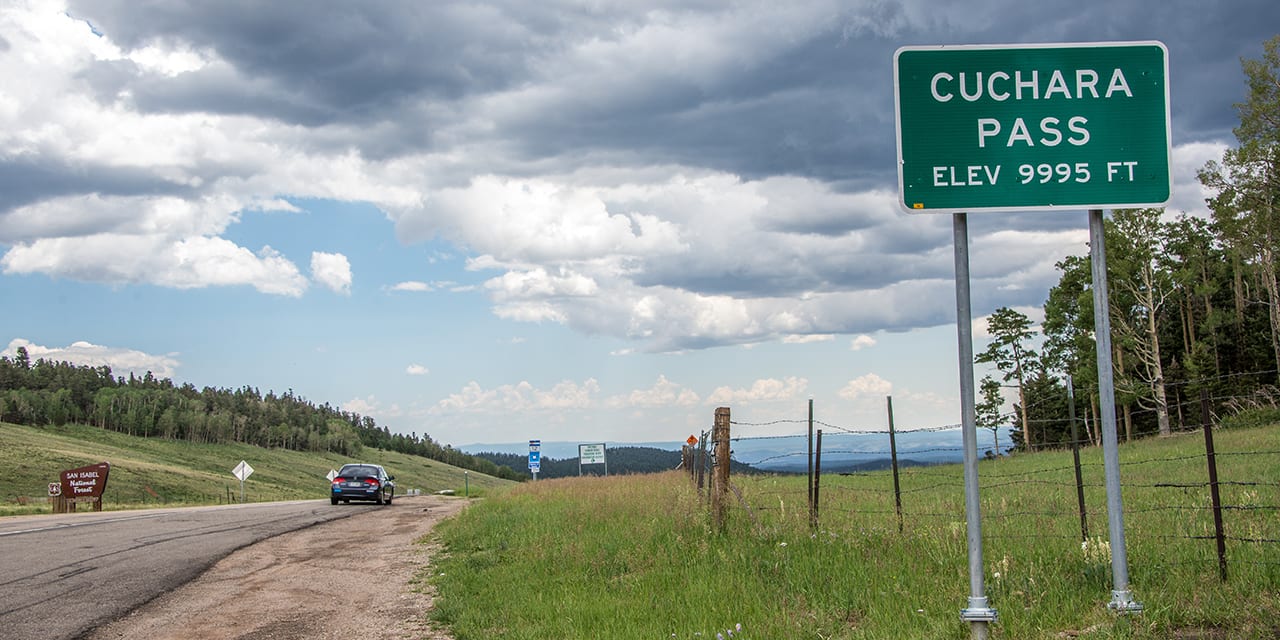 The Highway of Legends retraces the historic routes that have long been travled among Colorado’s southern foothills. It’s an 82 mile stretch of mostly State Highway 12, connecting Walsenburg with Trinidad to the south.

From the north you begin at Walsenburg heading west on Highway 160. In 11 miles you head south on Highway 12 towards La Veta, which continues all the way to Trinidad at the end.

A later 35-mile section was added to the middle of the drive. This leads over the 11,248-foot Cordova Pass, just south of Cuchara. This route connects east to Aguilar and I-25 from the top of Cuchara Pass. It follows County Road 46 through the San Isabel National Forest. It’s a breathtaking detour that shouldn’t be too hard to work into your plans.

State Parks – Both Lathrop and Trinidad Lake state parks are found on the Highway of Legends. Both are open year round with camping, hiking and lake activities.

Spanish Peaks – Designated a national natural landmark, the Spanish Peaks are comprised of two ample peaks that rise high over plains: West Peak at 13,626 feet, and East Peak at 12,683 feet. They were called Huajatolla (Wa-ha-toy-a), meaning breasts of the world.