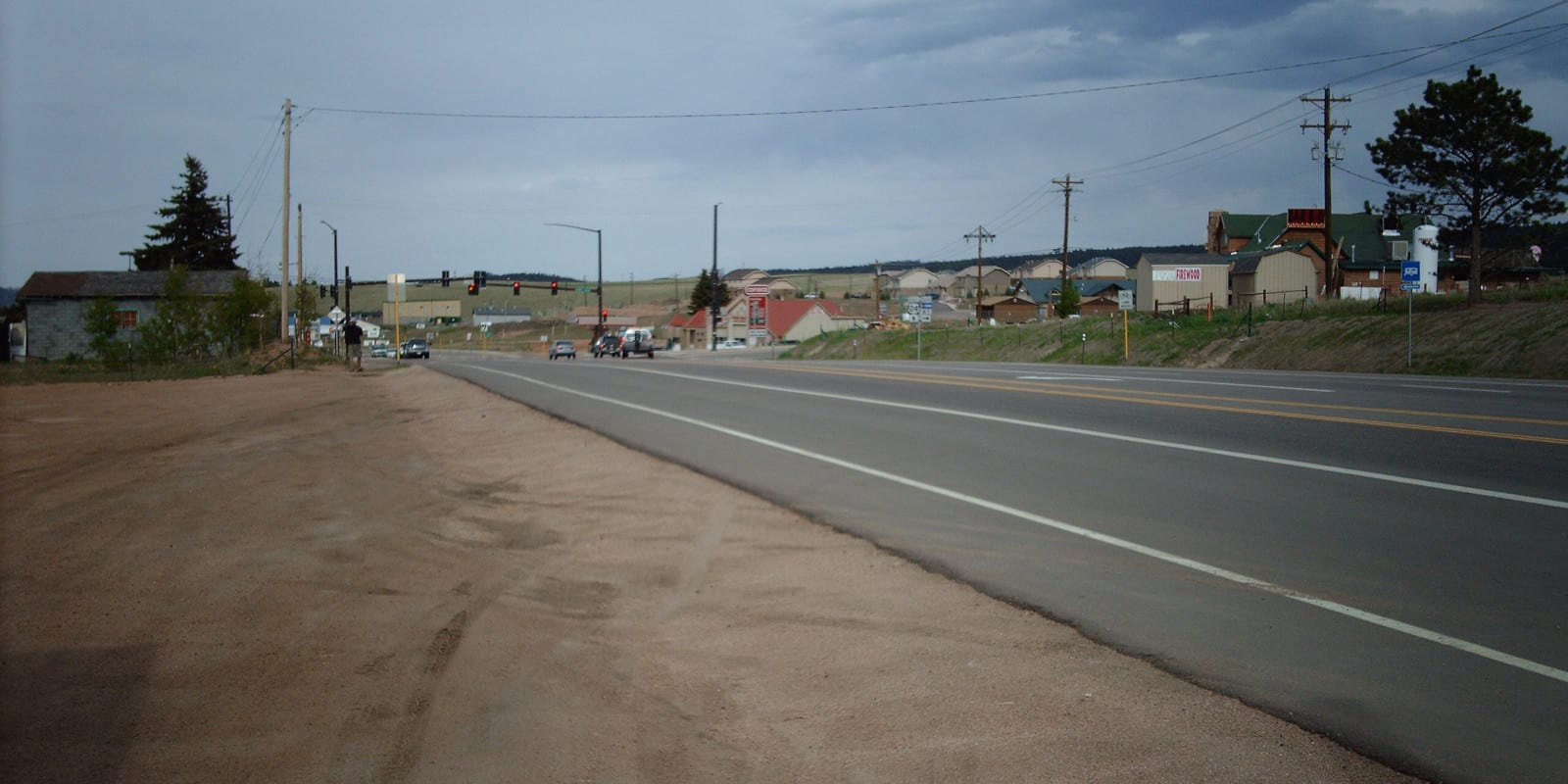 [Divide, CO on Highway 24/Ute Pass. Photo: Nationalparks] Divide is a Highway 24 town that sits at the top of Ute Pass on the north slope of Pikes Peak. There’s a retail strip with a grocery store, restaurant and gas station.

The town motto is the “Center of the Known Universe”. It was named Divide due to the way water runs from its location. It divides to the north, south, east and west from town.

In 2010 there were 127 reported residents. The elevation is 9,165 feet. Lodging comes in the form of camping, B&Bs and cabin rentals.

Ranching and farming have long been an important part of Divide’s economy. Potatoes and iceberg lettuce were the most notable crops until their decline in the 1930s. Ice was cut from nearby Coulson Lake and used to preserve the “Pikes Peak Lettuce”, which was shipped as far east as Chicago.

Lumber and freighting were also mainstays. During its railroad heyday, Divide’s Midland Depot thrived as a stop between the thriving mining camps of Victor and Cripple Creek to the south, with Colorado Springs to the east. It also connected to the boom towns of Leadville, Glenwood Spring and Aspen. Built in 1904, the depot still remains today.

Today, like in the past, Divide receives a lot of commerce from travelers passing through town.


Things To Do near Divide, CO