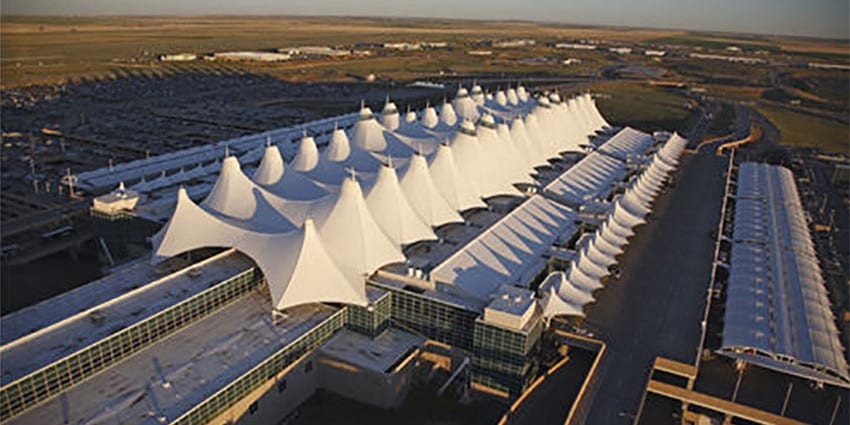 You can catch flights out of Denver to and from the rest of Colorado’s regional airports:

Completed in 1995, Denver International Airport offers direct flights around the country and even to international locations, such as Reykjavik, Iceland. It has nonstop connections throughout Europe, Asia, North America, and Latin America. It’s the hub for Frontier Airlines.

Providing 1.5 million square feet of space, the Jeppesen Terminal can be one hectic place. It’s host to the airport’s iconic peaked roof, which imitates the snowcapped Rocky Mountains and honors the Native American teepees that used to dot the Colorado plains. It includes access to passenger ticketing, baggage claim, international arrivals and ground transportation, as well as TSA security checkpoints, dining and shopping.

Gate B requires the underground train to reach. It’s unmissable after you pass through TSA security on either the North or South end of Jeppesen Terminal. The best dining options are located within Concourse B. So even if you’re flying out of Gate A or C and have extra time, consider making a stopover in Gate B to eat.

Gate C also requires the underground train to reach. It takes less than 10 minutes, so no fear if you’re short on time.

How big is the airport?

How early do you need to arrive?

A few different factors go into deciding how early you need to arrive at the airport. The standard rules of thumb are 3 hours for international travel and 2 hours for domestic travel. If you’re not checking bags, it’s recommended you arrive at least 60 minutes before departure.

When planning, please account for transportation times and delays, such as traffic, airport parking, shuttle time, etc. There’s also the time needed to check-in (if you have bags or no moble e-ticket), waiting and passing through security. Then you still must find your gate, which most usually adds in an underground train ride to your terminal (unless Terminal A you can walk to).

When you approach the airport by automobile, you’ll notice two main options, East and West. Parking, arrival pick-ups and departure drop-offs depend on which airline you’ll be flying. If arriving by train you’ll still need to head to the right direction to find your airline to check-in or drop off your bag.

There are several different Denver Airport parking lots in addition to the D.I.A. run spots. You can save money parking at one of the third-party lots and taking a free, convenient shuttle in. Just plan ahead and it will cost you only a little extra time versus parking directly at the airport lots.

The following ground transportation is found on Level 5 of either side of the terminal.

Both Lyft and Uber are available to pick you up directly from D.I.A. on Level 4 of either the East or West side of the terminal. Be sure you to note you East or West location when booking your ride share.

The Transit Center allows you to access the University of Colorado A Line, aka the Denver Airport Train. From here you can get to Denver Union Station in around 45 minutes. The one day fare grants you access to all of the RTD Light Rail and RTD Bus Line for a 24 hour period. You can reach most of the Denver Metropolitan Area via these two public transportation services.

You can also catch the Amtrak train from Union Station and head west as far as California, with Colorado stops in Fraser, Granby, Glenwood Springs and Grand Junction.

There are many hotels close to Denver Airport. There are several notorious chains with branches on Tower Road region. Most offer shuttles to and from the airport, as well as parking if you have a car. There is only one though located within walking distance to the airport. And that’s the Westin!

This 4 star hotel is located steps away from Jeppesen Terminal. The Westin Denver International Airport is hands-down the most efficient hotel to stay in for those traveling on a short business or leisure trip and need to be near the airport. Whether it’s an early flight that you don’t want to miss, or would prefer the convenience of not having to rent a car, the Westin Hotel is the spot.

It features a casual restaurant on-site, Grill & Vine, for all day dining, and the Sky Lounge for drinks. Relax at indoor pool and even get a workout in at the 24/7 fitness center. Downtown Denver is only a train ride away! It’s also rated as one of the best properties in the city, so you aren’t passing up quality for convenience. 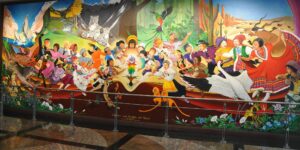 Astounding Artwork at the Denver Airport – While most airports aren’t known for their art, the murals and sculptures that occupy the walls of Denver International Airport have sparked interest and intrigue over the years. D.I.A. has not only made a name for itself as… 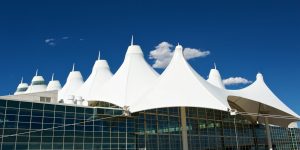 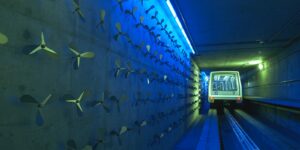 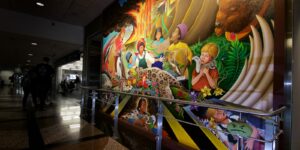 How D.I.A.’s Murals Feed Conspiracy Theorist – Among some of the strangest art that populates the surrounding grounds and terminals of Denver International Airport (DIA) are two murals that were commissioned and installed when the airport was being built in… 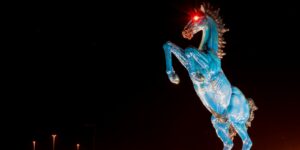 Blucifer: The Story of Denver Airport’s ‘Blue Mustang’ Sculpture from Luis Jimenez – When it comes to Denver International Airport (DIA), there are many conspiracy theories floating around. Everything from the barbed wire fence along the perimeter facing… 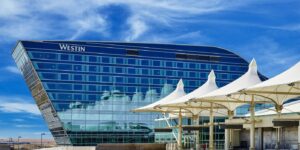 Top Hotels Near Denver Airport – Denver’s International Airport has become a major hub for regional, national, and international travel and continues to grow every year; making it one of the biggest airports in the world. Whether you are traveling for business or… 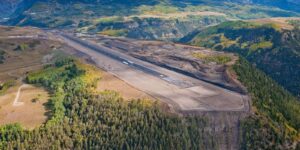 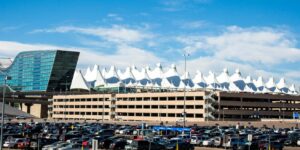 The Different Parking Options at the Denver International Airport – So, you’ve planned your dream vacation and made all the proper arrangement. Now, there is only one thing left to do. And, that is deciding where you are going to leave your car when you fly out of… 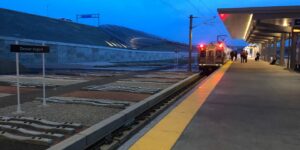 How to ride the A-Line, aka Denver Airport Train – The start of your next international escape or regional adventure is only a train ride away. Hop aboard the Denver Airport Train from Union Station to access flights around the state, country, and world! Although it’s…