The City of Thornton is a suburb located in the northeast part of the Denver metropolitan area, 10 miles of downtown Denver. Access to this city is not a problem, as it is the closest to Denver International airport. Population in the city has increased by 44.2% within the span of a decade, from 82,384 in 2000 to 118,772 in 2010, making it the sixth most populous city in Colorado.

The city was named after Daniel Thornton, the governor of Colorado during its development, which began in 1953. Thornton originally had only 8,640 people residing in its one square mile land area during that time. It was incorporated in May 1956 and became a Home Rule City in 1967. With the construction of more facilities and structures in the city came the increase in its population. In 1981, the recorded number residents increased to 43,000 people.

The city has come a long way. Today, it already has an estimated population of more than 130,000 occupying its 36.88 square miles area. Being a future-oriented city, Thornton has been developing more programs and improvements in its facilities to further boost its economy and its tourism.

Crazed Corn Field Maze – This facility offers fun activities that are perfect for a family day. Find your way out of the 20-acre maze, ride a mini train or a pony, pet animals in the petting zoo, and explore the pumpkin field. It also has a mini maze and a playground for kids.

Springvale Park Disc Golf Course – An 18-hole course equipped with a nice landscape and sceneries. The course has quite easy front nine holes that are perfect for beginners while the back nine is a bit more challenging.

Todd Creek Golf Club –  This 7435-yard, 18-hole championship golf course features a rolling terrain, a magnificent landscape of grasses, a view of Todd Creek, and a scenic backdrop of no less than the Rocky Mountains. The club doesn’t only offer a great golf experience. It also has casual dining and hosts various events like weddings.

The city celebrates three annual festivals, all of them encouraging the participation of the young and young at heart.

Thorntonfest is in the month of May featuring interactive and fun activities like battle of the bands, car show, wall climbing, carnival rides, and paw fest for pet lovers.

Harvestfest is held every September with lots of activities like cultural expedition, bazaar, fishing derby, and a state park competition for rollerbladers, bike riders and skateboarders. 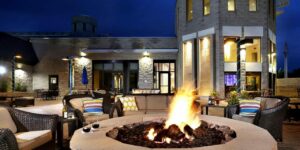 Top 3 Cool Hotels in Thornton – Welcome to the city of parks, Thornton, Colorado! This northern metro city by Denver makes a great spot for those looking to make the most of the Mile High City while still being within an easy drive of Boulder, Fort Collins and Northern…

Things To Do near Thornton, CO 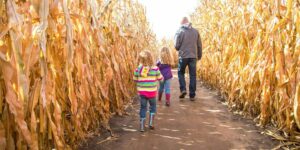 8 Captivating Corn Mazes Around Denver – Pumpkin patches, haunted houses, and corn mazes, oh my! It’s that time of year again. Neighborhood streets are lined with the latest ghoulish decorations and families and friends flock to nearby farms and gardens to pick…