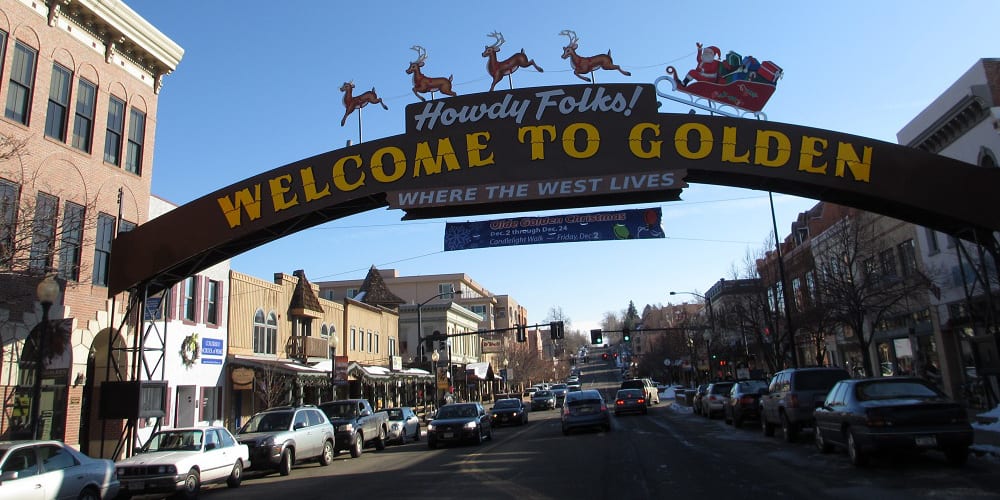 Golden is a true Old West town located at the base of the Rocky Mountain Front Range. The welcoming downtown is lined with great dining, shopping and history.

This tucked away suburb of Denver has its own unique Western foothills vibe with a lot of laid back residents. Coors Brewery is Golden’s claim to fame, and what people think of most when they hear it. The Colorado School of Mines is the university in town, specializing in engineering and science.

It was founded as Golden City in 1859 during the Pike’s Peak Gold Rush. It became a hub for miners and settlers in the area. Today, the town still has a lot of western mountain charm and is a hub for day trippers on the Front Range.

Fans of railroads and trains should explore the Colorado Railroad Museum. Famous western, “Buffalo Bill” had a rich history in Golden and is there’s a museum dedicated to him. Lariat Loop is a beautiful scenic byway that takes you from town up and past Buffalo Bill’s grave and Lookout Mountain.

Coors Brewery – World’s largest single-site brewery is open year round for tours in downtown Golden. The Coors Banquet beer got its name from banquets that Adolph Coors would hold for miners when they came into town for supplies. The beer at the party was always Coors. Thus it became known as the banquet beer. 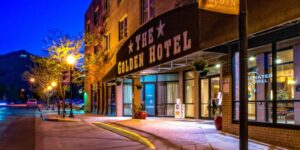 Top 14 Cool Hotels in Golden – Golden, Colorado is as authentic of a Colorado town as it gets. Even while I type it, I speak it in Sam Elliott’s Coors brewery commercial voice, “since 1873, our beer’s been brewed in Golden, Colorado…” Funny Sam actually…

Astor House Museum was the first stone building in Golden, originally a boarding house from 1867-1971.

The Armory is said to be the largest cobblestone building in the U.S.

Statue of Adolph Coors in downtown.

Things To Do near Golden, CO 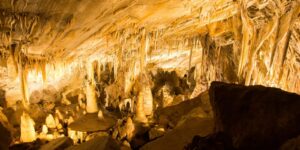 Exploring the Caves and Caverns of Colorado” – Some of the most stunning landscapes on Earth are found in Colorado, and for good reason. This amazing state is home to so many different microclimates, ecosystems, and geological marvels that it… 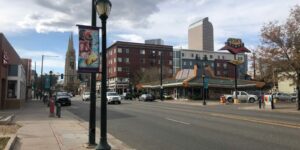 Colfax Ave: 15 Things to do While Visiting Denver’s Iconic Main Street – Whether you’re a longtime resident of the Mile High City or you’re visiting for a couple of days, Denver’s historic main street, Colfax Avenue, (aka “the longest, wickedest street in America”) is… 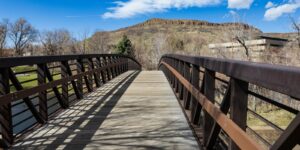 3 Dazzling Day Hiking Destinations around Golden – If you enjoy being outside, taking in those scenic views as you get your work out in, and live in the Denver Metropolitan Area, then you should really check out the Old West town of Golden, Colorado. The local hiking trails… 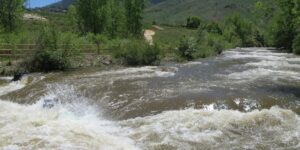 Tubing the Mighty Clear Creek in Golden – Tubing the Clear Creek Whitewater Park is one of Jeff Co’s biggest summer attractions. There are several man-made features to ensure whitewater and big waves. The water generally warms up and calms down as the season… 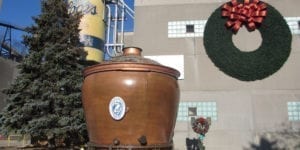 Touring Golden’s Coors Brewery – Touring a brewery is a great way to enjoy some fresh beer and learn something new. The Coors Brewing Company offers year round tours at its brewery in Golden. Parking for the tour is located next to the brewery at 13th and Ford…