FacebookTwitter
[Barker Reservoir. Photo: Mr.TinDC] Secluded just sixteen miles west of Boulder, Nederland is a unique town with a laid-back attitude. It’s home to a number of excellent festivals throughout the year, so Ned’s known for having a rich arts scene. The indie music scene is especially popular, with concerts held nearly every week in the summer.

With a town motto of “life is better up here”, there’s good reason to enjoy visiting Nederland at 8,228 feet. It’s secluded seventeen miles southwest of Boulder, next to Eldora Ski Resort and the Continental Divide.

The town of Nederland is a picturesque, funky mountain town. It boasts a vibrant population of locals, with 1400 people in the town and more than 5,000 in the surrounding area. Downtown is lined with beautiful shops, boutiques, and restaurants. Wild Mountain Smokehouse has excellent barbecue, beers and happy hour.

Fishing, camping, skiing and festivals keep people passing through all year. It’s also located on the Peak to Peak Highway, which leads 41 miles north to Estes Park or 18 south to Black Hawk. Some of the top events include the Frozen Dead Guy Festival in March and NedFest in August.

Nederland is one of the smaller towns in Colorado, but it’s also one of the most interesting ones. The town began as a trading post between Ute Indians and European Settlers during the 1850s, and then shortly after became a mining town. Nederland is now known for sports, music, and its absolutely picturesque scenery.

Geologically, the whole area of Nederland used to be a valley formed by glaciers. The Ute and Arapahoe Tribes were the original settlers of the region. They utilized the water availability in the land. Because of the vigorous terrain, it became an excellent hunting and settling ground. During summers, herds would travel the high terrain to feed their cattle.

By the 1850s, the town has been converted as a trading post between the Ute Indians and its European settlers. Though there’s an early discovery for Nederland, it wasn’t until 1874 that it was formally incorporated.

Initially, they named the town Dayton. Then, they changed it to Browns Crossing. The third name change was “Middle Boulder” because it has a creek at the center of the town. However, the most significant shift in town’s name happened when it was sold to the Mining Company Nederland from the Netherlands. “Nederland” meant low land, so it’s a little ironic to call the area by this name since it’s one of the areas in Colorado with a higher elevation. Nonetheless, the name stuck, and it became the official name in the incorporation documents.

In its pioneering era in the 1870s, mining became a primary industry in town. There was a decline in the 1890s, but the town experienced its second wind when Sam Conger found tungsten in the northern and eastern parts of Nederland. Conger knew how valuable steel will be in America and this began the massive streak of the town’s success. By 1916, the town’s population increased to about 3,000. Trains and cars were also introduced.

In the 1960s, the town’s community experienced a shift. People from all over Colorado started coming in. “Hippies” were traveling with their vibrant music and casual lifestyle. Most of the traveling folks settled in the town.

Now, the town has become a solidified hub for local produce, entertainment, and leisure. They also host popular annual events like the NedFest and the Frozen Dead Guy Festival, previously featured in the New York Times.

Eldora Mountain Resort – 680 acres of exciting and affordable skiing. It’s easy to reach the ski area, only 10-15 minutes from town. There’s a nice mix of beginner, intermediate and expert terrain.

There is a local skate park that’s popular in summer, as well as easy access to a number of parks. The James Peak Wilderness, Indian Peaks Forest, Rocky Mountain National Park, and Roosevelt National Forest are all nearby. 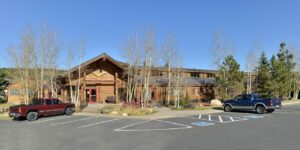 Top 3 Cool Hotels in Nederland – Discover the native wildlife and alpine landscapes of Nederland, Colorado! This small town is known for its mining history, eclectic culture, and mountain town vibes. It offers various activities for everyone to enjoy and hotels to match…

Mar – Frozen Dead Guy Days – Weekend party in early March, paying tribute to Grandpa Bredo Morstoel, who is cryogenically frozen in town. It’s the biggest party of the year, with food, music, a polar bear plunge, and lots of competition, like the coffin races. The New York Times named FDGD in its Top 10 Best Parties of the Winter, alongside the likes of New Orleans’ Mardi Gras and Carnival in Rio de Janeiro.

Jul – Fourth of July – Begins with a parade down main street, followed by music in Chipeta Park, and concluded by an impressive fireworks show over Barker Reservoir.

Aug – NedFest – This festival has been suspended due to event space issues until further notice! It’s one of Colorado’s largest music festivals with more than a dozen local and national bands. Tickets are required for entrance. Mark your calendars for the last weekend of August.

Sep – Neder-Nederland Race – September 5k and 10k race through town and the surrounding valley. A post-race party is held with food, drinks, and music.

From Denver, you can choose three different routes to be in town at around an hour and the drive is scenic! Try I-70 west to Black Hawk and then take CO-119 to Nederland. Then on the way back take either Highway 72 east to CO-93 in North Golden, or CO-119 out towards Boulder and back on Highway 36.

Inside the New Moon Bakery.

Things To Do near Nederland, CO

Top 3 Cool Hotels in Nederland – Discover the native wildlife and alpine landscapes of Nederland, Colorado! This small town is known for its mining history, eclectic culture, and mountain town vibes. It offers various activities for everyone to enjoy and hotels to match… 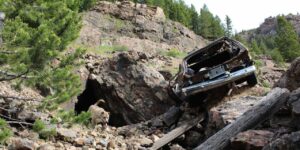 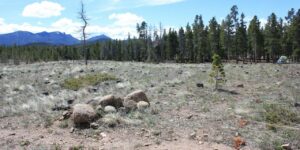 Camping at West Magnolia in Nederland – Situated only a few miles south of Nederland, West Magnolia offers twenty-two free campsites surrounded by gorgeous, high-alpine views. There are eight miles of multi-use trails that are open to hiking…