The county was named in honor of General John A. Logan, a General in the Union Army in the American Civil War. After serving the state of Illinois as a State Senator, a Congressman, and a U.S. Senator, Logan made an unsuccessful 1884 bid for the Vice Presidency of the United States. 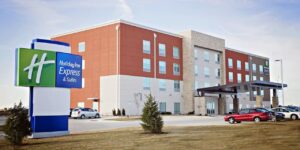 Top 4 Cool Hotels in Sterling – Explore another side of Colorado in the eccentric town of Sterling in Northeast Colorado. Situated 2 hours from Denver in the rolling plains of Logan County, the town has numerous top hotels and a charming bed and breakfast…