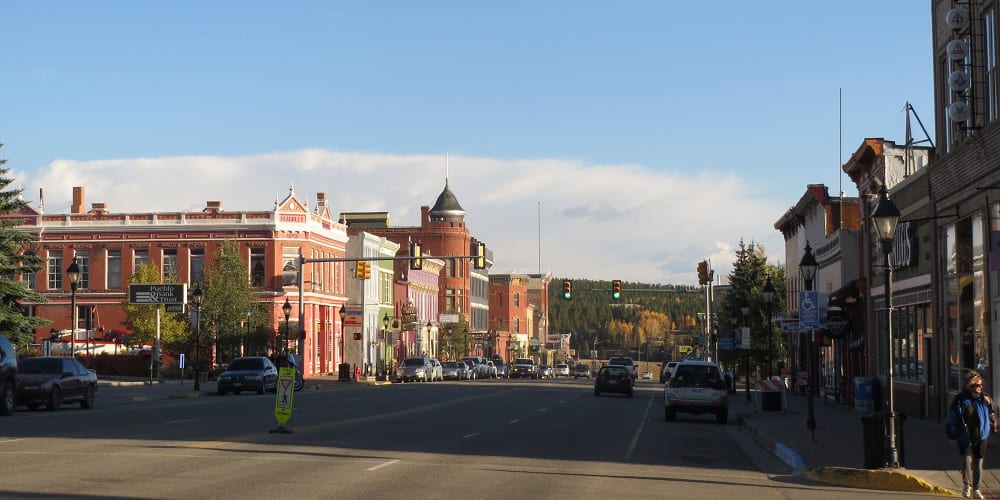 Leadville is surrounded by some of the best scenery in Colorado, Mount Elbert and Mount Massive, the largest mountains in the state. Those, along with several large lakes, makes Leadville an excellent hub for outdoor recreation. Hiking, biking, camping and skiing are all common.

Downtown is a national historic district, full of Old West structures, Victorian houses and sites from Leadville’s mining past. Dining and accommodations are easy to find in this low-budget town. Just far enough from Denver, Leaville provides the peace and quiet you need, when you need it. The town’s central location in the Rockies make it an outdoor playground. Anything high mountain is game here, including hiking, camping, fishing, biking and climbing.

Though Leadville is exceptionally high, the town is quite small, with a population of just about 2,600 people (according to the 2010 census). But before, it was one of the gold mines in the region. Placer gold was discovered in Oro City, about a mile away from Leadville. When the news spread, the town’s population grew to about 5,000. However, people started moving back to Oro because of its proximity to the gold mines.

Leadville continued to become an intimate town for the miners who stayed. The town was officially founded in 1877 during the beginning of the Colorado Silver Boom. They then built a post office in early 1878. It has become a successful telegraph office at the time.

Entertainment also became a central point in the Leadville culture. In 1878, Ben Wood opened the first legitimate theater, Wood’s Opera House, in Leadville. With the opening of the opera, the town’s tradition has transformed from the ruckus of saloons and bar fights to classy men suiting up for plays and performances. Still, over the decade, colorful characters remained to rule the talk of the town including Margaret “Molly” Brown, Poker Alice Ivers and Mart Duggan.

The small town had a significant impact on Colorado’s mining economy as they were amassing about $15 million annually for their local mining production. According to one historian, Leadville has radically transformed from a “struggling Centennial State” into a “veritable autocrat” during the colony period.

Mount Elbert – The largest mountain in Colorado lies just outside town. Takes US 24 East three miles out of town to CO 300. Follow signs toward Emerald Lake and Mount Elbert.

Camping – Easy to find in much of the federally owned land near town.

Fishing – Bring your fishing rod. The headwaters of the Arkansas River is nearby. 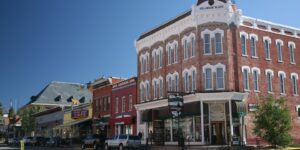 Top 4 Cool Hotels in Leadville – Experience Colorado mountain living on cloud nine in the highest incorporated municipality in the country! Leadville features a slew of top hotels to accommodate travelers to Lake County. At nearly 10,200 feet Leadville is a true Rocky…

There are a number of bars and restaurants throughout town. Dining options are several. Quincy’s Tavern features only item on the menu, steak, served with baked potato and house salad. The Silver Dollar Saloon was built in 1883 and still the place grab a drink in town.

Leadville is at nearly 2 miles above sea level.

Aerial View of Leadville Airport and the town. 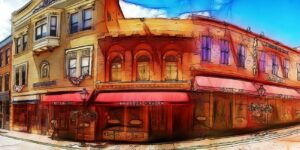 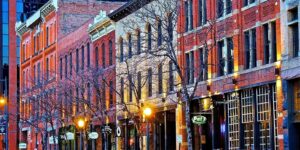 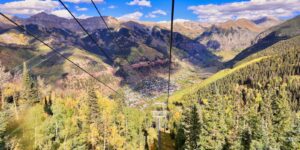 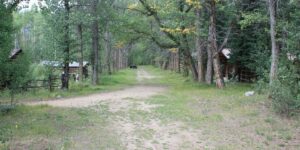 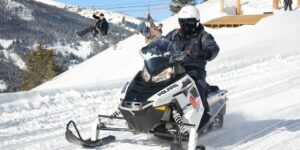 White Mountain Tours: Get Your Zip On! – White Mountain Tours has been guiding guests through thrilling, unique adventures since 1990 on their 2,500-acre piece of private heaven. Located seven miles north of Leadville and fifteen miles south of Copper…